Clarity on Statute of Limitations Issue 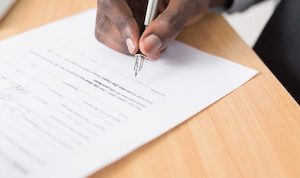 There are several common themes we defense attorneys hear from people unfamiliar with the criminal justice system. First, everyone thinks that their case should be dismissed because “the cops didn’t read me my rights”. I hate to be the bearer of bad news, but cops are not required to read everyone Miranda warnings. The second favorite reason for dismissal is the statute of limitations. If the suspect isn’t caught “in the act”, and arrested months later, most people assume their case must be thrown out under the statute of limitations. And, that’s our topic for today. For those of you not familiar with the concept, Florida law imposes a statutory deadline on prosecutors, forcing them to begin their prosecutions within a certain amount of time. [The statute of limitations is found in Florida Statute Section 775.15]

Here’s how the time frames work. Prosecutors must begin “prosecuting” all second and third degree felony cases within three years (we’ll talk about what it means to start a lawsuit later). Misdemeanors must begin in two years for first degree misdemeanors, and one year for second degree misdemeanors. And the next logical question is, when does the statute of limitations clock start ticking? The period begins when the offense is committed. With these basics out of the way, let’s dig a little deeper.

We are a lawsuit happy society. This is especially true of our government. When the government sues you, more often than not, it is a criminal lawsuit. State of Florida vs. YOU. Initiating any sort of lawsuit carries with it the burden of informing the person you’re suing that they are, in fact, being sued. In criminal cases, the burden is on the state to inform the defendant of the lawsuit “without unreasonable delay”. If a lawsuit begins when the other party is served with notice or “papers”, a criminal lawsuit’s notice is typically an “arrest”. How does a prosecutor begin a criminal case in which the suspect hasn’t been arrested yet? They get a judge to sign an arrest warrant, and the prosecutor gives this arrest warrant to the sheriff, who will then locate the defendant and make the arrest. If the sheriff’s office makes no effort to locate a defendant, such laziness may constitute an “unreasonable delay” (and the case will be dismissed as violating the statute of limitations). But, there is a recent case which seems to suggest that the government need not make any efforts to initiate their lawsuit–so long as the defendant is shown to have been out of state. Sure, We The People must follow the rules to locate the person we are suing–and if we fail to serve them, our lawsuit may be dismissed. Not so with the government. They play by their own set of rules.

So, to start a lawsuit, you’ve got to find the other party and sometimes, people can be difficult to track down. The statute of limitations doesn’t require the government to locate folks, they are only required to make reasonable efforts to do so. And, what constitutes a reasonable efforts in locating a suspect can be done by an 8th grader with a tablet and background check software. Much to no one’s surprise, there are plenty of cases out there in which the government has made no effort to find a suspect. As we all know, you can’t start a lawsuit without informing the other party to the suit. This sort of background check doesn’t demand Sherlock Holmes insights, skills on the level of Angie Tribeca may constitute a reasonable efforts.

Here’s the problem: the government’s unreasonable delays will be forgiven if a defendant is found to have left the state. Our legislature seems to encourage incompetent police work via Section 775.15(4)(b), which states that the failure to “extradite a defendant in another state . . . shall not constitute an unreasonable delay”. Section (5) taking it a step further, stating that the “period of limitation does not run during any time when the defendant is continuously absent from the state”. Basically, the government need not lift a finger to find someone because, if they happen to be found out of state, the statute of limitations doesn’t apply.

It sounds as though the government can be as lazy as they want in delaying the service of a warrant, so long as the defendant happens to have left the state of Florida. And, this is exactly what happened in Robinson v. State, 153 So. 3d 313 (Fla. 1st DCA 2014). Robinson was not arrested within the three year statute of limitation, and he claimed that his arrest constituted an “unreasonable delay” under the statute of limitations which then entitles him to dismissal. The prosecutors argued against dismissal because Robinson left the state for three years, and such an absence should have extended their time limit under section (5), listed above. Robinson countered with the fact that, because they didn’t make a diligent search for him, the state “unreasonably delayed” the initiation of their lawsuit and as such, the state should not be entitled to the extra time granted under the statute–when it can be shown they weren’t even looking for him! Unfortunately, the appellate court agreed with the state, holding that Robinson’s time out of the state tolled the three years.

So, it looks like the government (temporarily) dodged a bullet in Robinson. They didn’t do a damn thing to initiate their lawsuit. If you or I filed a lawsuit and never attempted to serve the other party–we’d find our selves out of luck. Not so for the government. Because Robinson left the state, the court refused to dismiss the charges, even though the state made no effort to begin their lawsuit. The good news is, potentially, that Robinson’s case has now made it all the way up to the Florida Supreme Court. [Robinson v. State, 2015 Fla. LEXIS 1356]. I’ll keep you posted on the results. Let’s hope this conviction gets overturned.

[Practice Tip: Most cases that qualify for a Motion to Dismiss for violating the statute of limitations also qualify for the same treatment via the violation of a defendant’s constitutional right to a speedy trial, which is different than the speedy trial rights found as part of the Florida statutes]