Criminal Defense
Since 1993
Contact Us Now For a Free Consultation
Home
Articles
Dogs Are People Too, Right?

Dogs Are People Too, Right? 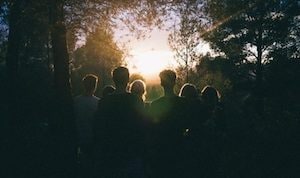 Are dogs conscience? Do all dogs go to heaven? These are questions best suited for a philosophy blog out of some small liberal arts college, yet such issues have crept into Florida’s criminal law (sort of). With the advent of police dogs comes charges for injuring these dogs. Injuring a K9 police dog in Orlando will get you a felony charge. And that’s what has struck me as odd, that injuring your significant other–a human being I assume–is only a misdemeanor Battery Domestic Violence charge. Did I mention that injuring a K9 police dog is a felony? Fortunately, Florida courts have not found that dogs are people too, at least when it comes to sentencing.

In Bass v. State, 791 So. 2d 1124 (Fla. 4th DCA 2000), the defendant was facing an enhanced Prison Release Reoffender (PRR) sentence. A PRR sentence can be imposed after committing a new felony offense within three years of prison release, and it means you must serve the maximum sentence with no gain time. The catch here is that to receive a PRR max sentence, you must injure an “individual”. The prosecutor argued that the K9 police dog was an “individual” for sentencing purposes under the PRR statute. Judge Ilona M. Holmes in Broward County agreed, and qualified the defendant as PRR at sentencing (in other words, gave him the maximum to be served day-for-day, no gain time) after he pled nolo to injuring a police dog. The trial court reasoned that dogs were “individuals” under section 775.082(9)(a) since police dogs receive the same protection under the law as human police officers.

I should throw in a disclaimer here that, in fact, I’m a dog lover myself. But, I do not believe that dogs should be elevated to ‘human’ status in our court system. Fortunately, the 4th DCA reversed the trial court’s dogs=humans ruling in the above Bass case, noting that dogs were not individuals like us. The appellate court cited Helmy v. Swigert, 662 So.2d 385, 397 (Fla. 5th DCA 1995), in which the DCA noted that under Florida law dogs are considered to be personal property.