Criminal Defense
Since 1993
Contact Us Now For a Free Consultation
Home
Articles
Finally! An Answer to the Big HTO Question

Finally! An Answer to the Big HTO Question 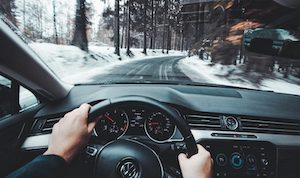 For several weeks now, my left index finger has been twitching. Out of the clear blue, twitching.

I did what most people do, asked Google “why is my finger twitching?”

Now, there’s plenty of problems with online medical diagnosis, but the main problem is my brain. It seems to be wired to click only on the articles that have the most severe diagnosis. As my eye scans Page One of this Google search, I only see articles where finger twitching is the first sign of a deadly brain tumor. I’m immediately drawn to the worst case scenario. I can’t help myself.

But, was I asking Google the right question? No.

I have a Juris Doctorate degree, but zero medical background–so the medical questions I’m asking Google are not going to help me. To get to the right answers, I’ll go see my doctor and he’ll ask me the right questions. I don’t know the right questions to ask. I do know that when your doctor asks you series of seemingly unrelated questions–there’s a method to their madness. These odd doctor questions have a purpose, and we all must suffer through them eventually.

As a general rule, Tony Robbins suggests “starting every day by asking yourself these 3 questions:

(1) What is something I can do for someone else today?

(2) What is something I can do to add value to the world today?

(3) What is something that I have to offer other people?”

[Also, Tony would probably have you figure out what limiting questions you’re subconsciously asking yourself, like, “Am I good enough? Why am I not good enough?” See “Ask Better Questions”, www.tonyrobbins.com/masterpiece/ask-better-questions/]

So, I’m reading a recent Florida Supreme Court case and realized that someone was, in fact, asking the right questions. The case is State v. Miller, 2017 Fla. LEXIS 1942 (Fla. 2017), and this opinion just came out a few days ago. Basically, Miller was convicted of a third degree felony because he was caught driving on a suspended license as a Habitual Traffic Offender (HTO). For those of you who don’t know what an HTO suspension is, the DMV will issue a five year suspension to any driver who accumulates three convictions over a five year period for driving on a suspended license (or DUI, or Leaving the Scene of an Accident). The facts in Miller’s case were pretty simple: he was caught driving, and the DMV previously issued him a five year suspension as an HTO. So, if we all agree that Miller was driving as an HTO, why should the Florida Supreme Court throw out his conviction?

The issue wasn’t whether or not Miller was driving. He was.

The issue wasn’t whether Miller was driving with a five year Habitual Traffic Offender suspension. He was.

The issue wasn’t whether the DMV’s issuance of a five year driver’s license suspension was legitimate. It was legit.

Miller’s defense attorney was asking different questions. To understand how Miller’s team formulated the right question, let’s delve into the HTO statute. Miller was found guilty of a third degree felony under Florida Statute 322.34(5), and it reads as follows:

“Any person whose driver license has been revoked pursuant to s. 322.264 (habitual offender) and who drives any motor vehicle upon the highways of this state while such license is revoked is guilty of a felony of the third degree.”

Now that you’ve read the statute–what’s the proper question?

The Question Is: Did Miller have his driver’s license revoked as a Habitual Traffic Offender?

Yes, Miller had a suspension has a Habitual Traffic Offender, but the first sentence of 322.34(5) reads “any person whose driver license has been revoked” as a habitual traffic offender. Was Miller’s license revoked? No it wasn’t, because he never had a license to begin with. Most people (attorneys?) don’t have the patience for the nuance here, but you do, because you’ve read this far.

The Florida Supreme Court overturned Miller’s felony conviction and reduced it to a misdemeanor driving while license suspended, because “the plain language of section 322.34(5), Florida Statutes, provides that an offender must have had his or her driver license revoked as a habitual traffic offender in order for the felony penalty to apply. The State cannot revoke a license that never exited. Consequently, a person cannot violate section 322.34(5) without ever having obtained a driver license.” Id.

To put it another way, “having a driver license that has been revoked under the habitual traffic offender statute is a necessary element of a section 322.34(5) offense. Therefore, defendants who have never possessed a driver license may not be charged [with a felony offense] under 322.34(5).” Id.

I discussed this HTO issue in a previous article “Another Loophole Found For Driving While License Suspended as an HTO” where a lower court held that “indeed, there appears to be a gaping loophole in section 322.34 because as the statute is written, an offender who is a habitual traffic offender but who has never had a driver’s license can escape felony punishment and receive a lesser punishment than a habitual traffic offender who had obtained a license”. Finney v. State, 2017 Fla. App. LEXIS 7238 (Fla. 1st DCA 2017).