Criminal Defense
Since 1993
Contact Us Now For a Free Consultation
Home
Articles
I Can’t Tell You to Destroy Evidence, But…

I Can’t Tell You to Destroy Evidence, But… 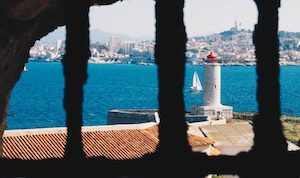 True confession. I “secretly” hope is that you read these articles and say “Hey, John knows all about my situation, I’m going to hire him.” The opposite is also true: why write an article that would hurt business? Well, I’m in a generous mood.

Here’s the situation: Every criminal defense attorney has received the panicked mom call. My heart goes out to mom’s, they bare the brunt of their children’s shenanigans. Anyway, the call goes something like this: “My son’s on probation, he’s at school. His probation officer just called to say he is coming by the house to search our home. I’ve searched first, and found drugs. What should I do with these drugs?”

Moms being moms, they want to be the good Samaritan and hand over the drugs to the police when they arrive. Hum.

That’s what happened in the real life case of Stanton v. State, 746 So. 2d 1229 (Fla. 3d DCA 1999). Stanton was a recovering addict, and his former drug dealer gave Stanton some cocaine to get him hooked again. Nice guy, this dealer, right? It would be like Marlboro offering free cigarettes for those who have quit. Chantix users get two free packs while supplies last.

Anyway, Stanton’s old drug dealer was offering free cocaine samples to his recovering ex-junkies. Pure evil. And, what is the world coming to that coke dealers are begging recovering addicts to come back like my old cell phone company?

Stanton accepted the cocaine–but not to rekindle his old habit. Rather, he did it so that he could turn it over to the police and try to get the dealer arrested. Immediately after getting his free sample, Stanton handed it over to a nearby cop, identifying the dealer and offering to testify against him. What do you think happened to the good Samaritan here?

Stanton had to pay to bond out of jail.

Stanton had to hire a defense attorney.

After what Stanton went thru, why would anyone want to turn drugs over to the police?

Getting back to our caller. Mom is panicked because probation is about to search her home, and mom’s already found her son’s stash of drugs. Mom’s going to find herself arrested, just like Stanton, if she is caught alone in the house in possession of these drugs.

Believe it or not, I can’t tell mom to destroy the drugs. We lawyers have ethical standards, and telling folks to destroy things doesn’t live up to that standard. I’m not sure why this is, because Florida law permits mom to destroy the drugs. Very odd, right? [So, just to be clear, my official advice is that you must contact an attorney under these circumstances. Don’t destroy anything without talking to a lawyer first. Got it? This article is not legal advice, please hire someone local.]

Now, I should be able to tell panicked mom what the law says. I can’t, but I can write about the law. Freedom of the press, and all that. Here’s the law: The Stanton court held that under Florida law, “no crime is committed where a person takes temporary control of contraband in order to make a legal disposition of it by throwing it away, destroying it, or giving it to police. id at 1230. [emphasis added]

I should be able to tell mom that, under Stanton, Florida law permits her to destroy the evidence. She’s not required to turn over the evidence to the police. Yes, the Florida Bar ethics rules conflict with Florida case law, oddly enough.

Obviously, I don’t want to lose my bar card–so I can’t tell mom to destroy the evidence. So, here’s what I can do.

I can tell her the truth. I can tell her what’s going to happen when she’s found in sole possession of drugs in her home. She will be arrested. Basically, what happened to Stanton will happen to her. If she unwisely chooses not to flush the drugs down the toilet and attempts to do what Stanton did–the good news is that, after hiring a bunch of lawyers and being arrested and appealing the case–she could win on appeal! So, she’s got that going for her.

Hopefully, mom’s toilet is flushing properly, and she won’t need to hire me.

Here’s a second true story hypothetical: A neighbor’s husband gets arrested for attempting to meet a child for sex (traveling to meet a minor, and if you don’t know what I’m talking about watch one episode of “To Catch a Predator”).

So, what should the wife do with her computer that contains child pornography?

The police are on the way to the home. Each image of child pornography is a separate felony. You heard me right.

The wife is panicked. She’s seen several episodes of “To Catch a Predator”. She knows what’s coming. What should she do with this computer? Well, I advise her on the law, the law of “possession”. Basically, she is in sole possession of a computer containing child pornography. She’s even viewed the child pornography. Recently. She’s going to be arrested. She’s going to be a registered sex offender.

Should she hide the computer? Send it to a neighbor’s house? Throw it out? Destroy it?

What I can do is tell her what will happen when the police arrive, and I sound like a broken record. When the police find a computer that she has accessed containing child pornography–she will be arrested. She will go to jail. And just like Stanton, her desire to turn over evidence to the police when they arrive may fall on deaf ears. Stanton was arrested. Stanton was convicted. What’s to prevent the same fate?

The ethical rules won’t allow me to tell her to relocate the computer off site asap. The ethical rules don’t allow me to tell her to remove the hard drive, submerge it in water, take a sledgehammer to it, and dispose of what’s left of the hard drive in a trash can far from home. I can’t say that. Want to, but can’t. As a side note, trash cans can be a problem. In Robinson v. State, the court upheld a felony drug possession after Robinson threw his son’s drugs in the garbage outside his home. 57 So. 3d 278 (Fla. 4th DCA 2011) (I wrote an article on Robinson, which you can find here).

Anyway, we lawyers cannot tell you to destroy things. We can only tell you what will happen if you get caught with things.

Hopefully, you can figure out the rest and skip hiring me.

[I credit attorney Brian Tannebaum with the idea for this article, he gave an excellent ethics lecture recently and instructed we lawyers that we cannot tell people to destroy evidence. Brian is an ethics expert (and the term expert would probably upset him, but I’m saying it anyway), he’s the guy we lawyers call when we get in trouble with the Bar, and you can find his info here.]