Criminal Defense
Since 1993
Contact Us Now For a Free Consultation
Home
Articles
Should We Always Tell the Truth?

Should We Always Tell the Truth? 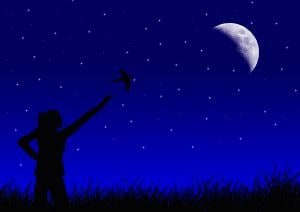 Let’s say a child is on his death bed. He needs some encouragement before he passes on. If you’re an atheist, are you tempted to comfort him with a tale of a beautiful afterlife, even if you don’t believe one exists? An atheist friend of mine suggested that this very conversation is what gave rise to our modern notions of a deity and an afterlife (I think there’s a movie with this premise as well). As a Christian, I’m a skeptic when it comes to the “bedside comfort” origins of belief. But, if I get off track on religion this early in the article, my web optimizer people will dis-own me. Their little badge at the bottom of the page will vanish and you’ll stop reading.

Yet the question remains, what do we tell people who are about to encounter some horrible fate? Should we tell them truth? Can we be honest, yet compassionate?

We defense attorneys sometimes have to tell our clients that they’re not going to make it. Literally, they may not live through their sentence. This truth can be hard to swallow. In Florida, losing a trial may mean a death sentence. It may mean a life sentence. Or, it may mean so much prison time that it may as well be a life sentence.

What happens if you don’t tell your client what a crappy case he has, and he loses at trial?

That’s the scenario that played out in Anthony Wait v. State. 2017 Fla. App. LEXIS 2897 (Fla. 1st DCA 2017). Wait lost his jury trial, and was sentenced to a mandatory 10 years in prison for throwing a destructive device (we used to take apart bottle rockets as kids and put the powder into a bigger container, who would think this was such a serious crime?).

Wait filed a 3.850 Ineffective Assistance of Counsel claim against his attorney, alleging that she failed to “properly advise him to accept the plea offer,” and she “advised him to reject a favorable plea based upon her unreasonable expectations of success at trial.” The plea offer was two years community control (home confinement, basically) followed by three years probation. Wait’s attorney denied that she advised him to reject the plea, stating that she advised him “it was ‘possible for him to win’ and he had a ‘chance’.” Id. at 4.

For those of you unfamiliar with 3.850 motions, these claims are filed because an attorney has not done his or her job properly (and/or, because folks in prison have lots of time on their hands). If Wait wins, his 10 year prison sentence gets overturned and he’s released from prison immediately, to serve the plea offer probationary term instead.

Yes, we attorneys make mistakes on the job, just like everybody else. 3.850 motions aim to cure such mistakes. That being said, mistakes concerning advice about a plea versus trial can be difficult to second guess in hindsight. Either way, we attorneys don’t have the final say. We work for the client. The client is our boss. As such, the client decides whether to plea or go to trial.

Nonetheless, what should a defense attorney tell a client about their chances at trial? Of course we should, and that’s the issue here.

Normally, I wouldn’t reveal the final outcome of the case this early in the article, but I’m going to tell you: Wait lost his 3.850 motion. Meaning, the appellate court found that Wait’s attorney performed adequately. Wait must serve his 10 years in prison. But, what’s interesting about this case is Judge Bradford Thomas’ dissent where he reasoned that “defense counsel provided ineffective assistance to Appellant by affirmatively advising him that he had a ‘possibility’ of obtaining an acquittal, when under the facts and circumstances of this case, Appellant had a zero possibility of obtaining an acquittal.” Id. at 12. Here’s why he says that.

First, Judge Thomas notes that defense counsel “had never previously tried a criminal case in Florida.” Not a big deal, though it seems a bit of a stretch to have your first jury trial on a 10 year minimum mandatory case. Thomas later states that “any reasonable defense counsel would have warned Appellant in the most vigorous manner possible that a jury would find Appellant guilty”. Id. at 13.

Thomas is right on this issue. Wait confessed to the police. Wait wanted to avenge his grandmother’s alleged mistreatment by a doctor, and the firebomb was thrown at this doctor’s home, therefore, Wait had a motive. And, Wait’s co-defendant testified against him without a bargain (the co-defendant already received a not guilty). Confession. Motive. Eyewitness. Yes, this seems like a real loser to me. Judge Thomas puts it this way: “Defense counsel’s illusory evaluation of success was not based on any reasonable view of the evidence, but only on mutually reinforcing false hopes between defense counsel and Appellant. Defense counsel’s performance was therefore deficient by misleading Appellant into a false expectation of success at trial, despite the overwhelming evidence of Appellant’s guilt.” Id. at 16-17.

PRACTICE TIP: Judge Thomas recommends that, in these situations, defense counsel should say something like this: “You have no reasonable chance of winning this trial, and if you turn down the plea, you are choosing a prison sentence over a sentence of house arrest and probation, so I must urge you in the most strenuous terms possible to accept the plea, and if you do not, I must establish a record that your decision is against my legal advice.” Id. at 20.

While I agree with Judge Thomas, I must remind him that we defense attorneys cannot save people from themselves.