Criminal Defense
Since 1993
Contact Us Now For a Free Consultation
Home
Articles
Sorry, the Public Defender Can’t Help You on an HTO Suspended License Case

Sorry, the Public Defender Can’t Help You on an HTO Suspended License Case 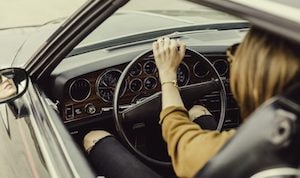 There’s an art to giving a good apology.

It is said that for an apology to be effective, it has to be costly. No, we’re not (necessarily) talking about money. A good apology doesn’t require the restaurant manager to wipe out your tab and fork over a $50 gift card. The cost for an effective apology can be to your reputation (for example: “I want everyone to know what a bad attorney I’ve been”). Or, the cost can come in the form of a future commitment to do better (“We’re changing our corporate structure to include more training”).

Apologies are not only the right thing to do, but they can be good for business. Doctors who apologize to their patients for screwing up are significantly less likely to be sued by that patient. As such, we now have “I’m sorry” laws that don’t permit folks to use an apology later in court.

All of this brings me to my own apology, of sorts.

I passed the bar in 1993 and my first job was as a public defender (PD). My first day on the job as a PD was a trial day. Not just any trial day, but the first day of a very busy trial period. I had over 50 clients set for trial–and I had never stepped foot in a courtroom. Like I said, this was my first day as a lawyer, first job, first everything. When the elevator doors opened in Orange County’s old courthouse, there were so many people set for trial that you could barely get to the courtroom.

So, if you were my client back in 1993 on my first day as a public defender–I’m sorry. Yes, I did the best I could. But, you folks did not get my best work. Not even close. Actually, I’m a better lawyer after 25 years of defending cases than I was last year, 24 years in. I wish I could apologize to all the folks who didn’t get my best work while I was a public defender. That being said, I loved my time as a PD, it was a training camp of sorts, and it is a mandatory experience for all aspiring criminal defense attorneys.

Sometimes people call me and ask, “Do I really need an attorney on my case, or can I just use the public defender?” Hum. You’re asking a barber whether or not you need a haircut–what do you think I’m going to say? Without bruising too many egos of the friends I still have at the PD’s office, let me say that in some cases a PD cannot do as good of a job defending a crime as a private attorney for the mere fact that the law doesn’t permit them to. Crazy, right? How can this be? Well, let’s take a look at State of Florida vs. Ronald Grate and Charles Morton, 252 So. 3d 351 (Fla. 5th DCA 2018).

The good news is, you can fix a DWLS as a habitual traffic offender (HTO), but the fix takes a bit of work on the back end. When we defense attorneys are successful in removing an HTO suspension–it pulls the rug out from underneath the prosecutor’s driving while license suspended as an HTO case. Basically, the State will have a tough time proving their DWLS as an HTO case because they cannot admit the old driving record (the DL history showing an HTO suspension) without that old history conflicting with a new driving record that doesn’t show any history of an HTO (because the defense attorney has removed any trace of the HTO). To sort out for the jury which driving record is correct, the state will need a witness from the DMV–and they never list such witnesses.

Anyway, it may seem like we’ve wandered into the woods here, but there’s a point to all of this. When I was a public defender way back in the day, our boss would not allow us to “fix” a defendant’s HTO suspension. The reason was simple. We were only paid to defend criminal cases that involved potential jail time. If there’s no jail at risk–then there’s no need for a public defender.

Remember I said it was “odd” working for the government?

This is one of those odd situations. I’m defending a guy facing prison time for driving on a suspended license as a habitual offender. And, if I file a civil appeal that removes the HTO suspension, my client won’t go to prison. Win-win, right? Yet, my PD boss wouldn’t allow me to file a civil appeal on a traffic citation because it was outside the scope of a PD’s job defending cases involving jail time. Seems odd that, as a PD, if I did nothing, my client would go to jail. But, if I filed a civil appeal, my client wouldn’t go to jail. As a public defender, I wasn’t allowed to file anything civil, even if that civil case helped my client avoid jail time! Crazy. Government efficiency, at its finest.

That’s the same spot Mr. Grate’s public defender was in. His PD filed a civil appeal. His PD was able to “fix” Grate’s HTO suspension. So, why do we have a case of State of Florida vs. Ronald Grate? Because the prosecutor didn’t appreciate seeing his case evaporate.

Watch out for the sore losers.

The prosecutor filed an appeal, arguing that a public defender may not defend a civil case, even if that civil case has some bearing on the criminal case. A right to counsel is guaranteed by the Constitution and by statute, but these laws only permit free government representation on cases that could result in jail time.

Sure, public defenders get a bad rap, but Grate’s PD did the right thing, and argued on appeal that a PD should be permitted to “attack its client’s prior civil traffic infraction adjudication, if, in the exercise of its professional judgment, it concludes such representation is necessary to provide effective and complete representation.” id. at 354.

The PD is 100% right–they cannot provide “effective and complete representation” of a person facing habitual traffic offender allegations without filing such an appeal. Its a somewhat humble admission that a public defender cannot provide effective and complete representation on an HTO case with one hand tied behind their back. I get that. I was there once.

Unfortunately, the appellate court wasn’t buying their argument. They agreed with the prosecutor, and held that a public defender may not file civil appeals regarding HTO suspensions.

What’s sad is that the appellate court knows that indigent clients will not be getting effective and complete representation on these sorts of cases from a public defender’s office, yet they let it happen anyway. It would actually be a better use of taxpayer dollars to have PD’s appeal these civil citations so as to avoid senseless jail and prison time. And, its embarrassing to go to prison and tell your fellow bad-ass inmates that you’re there for driving on a suspended license. You’re just asking for a beat down.

To support their decision, the appellate court cites State v. Kilgore, a death penalty case in which the defendant had a bogus old conviction that the prosecutor was using to enhance punishment on the death penalty case. Kilgore’s PD did exactly what Grate’s PD did–they appealed the old bogus conviction so that it couldn’t be used to aggravate the punishment in the capital case. The prosecution appealed, and won that appeal (just like they did here), thereby prohibiting the public defender from using such tactics. The reasoning goes, then, that “certainly, if publicly funded counsel cannot collaterally attack a prior conviction in a death penalty case, we have no difficulty in concluding that the Office of Public Defender cannot collaterally attack a prior civil traffic infraction conviction.” id.