The Difference Between a Seal and an Expunge

Is there a difference between a seal and an expunge? No, not really. You can stop the tape right here if you want.

What I’m about to do is bore you with the slight differences between a seal and an expunge. Because, no matter what, your case is hidden from everyone’s view on a seal or expunge. However, there are some little things that can trickle out on a seal that might not be able to trickle out on an expunge. Here’s what I mean: 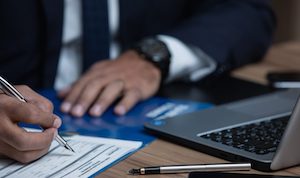 When you expunge something the clerk of court is ordered by law to absolutely destroy your record. I mean shred it, then cross-shred it, burn it, throw the ashes over the Gulf of Mexico, or whatever they want to do.

However, on a seal, that’s not quite it. On a seal, they are only ordered to hide and vanish and make your record disappear so that nobody can see it. But, that sort of thing could show up on a very deep background check.

So, for those of you applying to be some sort of spy with the FBI or the CIA or the Secret Service, well then, this sort of thing may pop up on a computer screen.

Again, there is not much of a difference between a seal and expunge.

There are some jobs, there are some instances where you have to own up to a seal or expunge. That is true. And, there’s a list on my website and others that say, look, if you’re talking to these people, you’re going to have to disclose this.

But for 99.999% of the people out there, it will be hidden from their view. There is no difference between a seal or expunge.