Criminal Defense
Since 1993
Contact Us Now For a Free Consultation
Home
Articles
Where Will Red Light Camera Tickets Go From Here?

Where Will Red Light Camera Tickets Go From Here? 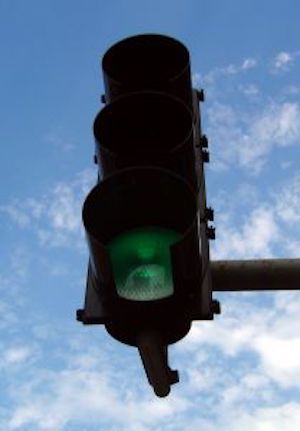 The case of the City of Hollywood v. Eric Arem case has sounded the death knell for red light camera citations all across Florida, in that the Fourth DCA has dismissed all citations because the City of Hollywood was subcontracting their citation writing to a third party company, and these duties cannot be delegated under current law. I discussed the details of this case a few days ago in an article you can find here, but our celebration may be short lived, as I’m sure the legislature will soon catch wind of this decision and re-write the statutes accordingly (we’re talking about money, after all). Even after a change in the law, I still see problems for red light camera citations. So, let’s briefly review how judges have bent over backwards to enforce these citations, and then how, eventually, these citations are bound to fail.

In the beginning, the focus of a red light camera defense involved keeping the video evidence out. Red light camera citations are all caught on video, so if the video doesn’t come into evidence, the case must be dismissed. For those of you unfamiliar with a courtroom, we attorneys cannot simply approach the DVD player and push play. We must use testimony to establish that the video we are playing is a fair and accurate representation. The problem for the state is, law enforcement only has a few officers appear for these hearings. There is no one at the hearing from the camera company to testify about the installation, the calibration of the speed detector in the camera, or proof as to the equipment’s condition (Is it in working order? When is it scheduled to be maintained?). So, the officers cannot establish the admissibility of their videos, but unfortunately, most judges will ignore the law and go ahead and play the video tape.

The defense attorney may then claim that the red light citation itself is invalid because it does not comply with the Florida Statutes. Citations must be mailed and then sent certified mail to the defendant. Do the officers at the hearing have any proof that this has been done? No. The officer may have a copy of the on line notice and the online ticket, photos and video. This is not enough to prove the notice requirements were complied with, but most judges disagree and shift the burden to the defendant to prove the government has failed to provide notice. Again, the judge is simply going to say “objection overruled, play the video”.

Again, we lawyers will object to the video on grounds of lack of predicate and foundation. These objections are valid, but judges often permit the playing of the red light video as though it is self-authenticating evidence. It is not, and the red light camera statute cannot side step the rules of evidence. Objection overruled, “play the video”. Again, there is no proof that the cameras are a fair and accurate representation, or that they are in good working order, and there will be nobody to testify to such. Overruled.

Finally, we get a ruling from the Fourth District Court of Appeals in the City of Hollywood case. This is the highest court to enter a ruling on a red light camera issue. However, if your local judge does not agree with the reasoning found in City of Hollywood, there is still a big problem with this statute. The problems start with 316.0083(d)(1), which states that the owner of the vehicle is liable for the citation “unless the owner can establish that: (c) the motor vehicle was, at the time of the violation, in the car, custody, or control of another person”. And, here’s the kicker, the vehicle owner, “in order to establish such facts [that someone else was driving the car, for example], the owner of the motor vehicle shall, within 30 days after the date of issuance of the traffic citation, furnish to the appropriate governmental entity an affidavit setting forth detailed information supporting an exemption as provided . . [including] the name, address, date of birth, and if known, the driver license number of the person who leased, rented, or otherwise had car, custody, or control of the motor vehicle at the time”. So, you want to claim you were not driving? No problem, but “in order to establish such facts” you must also supply additional information as to who was driving. Wow.

Once again. The statute states that the only way for a vehicle owner to win their citation is to point the finger at another driver. Is this America? Because, this sounds like a law stolen from the former Soviet Union, “tell us who did this or you’re going to pay”. What if I swear that I wasn’t driving the car, isn’t that enough? It’s not. The statute demands that an owner must provide the name and contact information of the person driving the car. Florida’s rules of evidence do permit the owner of a car to testify that he was not driving, but the statute doesn’t permit the judge to dismiss the citation on that testimony alone. The statute requires an additional step, that the owner provide the name of the driver. So, one car owner is not entitled to dismissal–even though he wasn’t driving–because he can’t name the driver; whereas another owner is entitled to dismissal when he provides the name of the person driving the car. (In techie talk, this violates equal protection and due process, for those of you looking to label the problem)

Here’s how it works. You own a car. As the car owner, you are issued a red light citation. You show up at the citation hearing to contest the ticket, raise your right hand, and swear that you were not driving your car at that time. Your sworn testimony will be un-contradicted, but in a way, the statute attempts to limit the evidence a judge may consider at a citation hearing, by requiring the driver to provide information as to who was driving. By doing this, the law places car owners who deny driving in different positions; (1) those who deny driving must pay the ticket, but (2) those who deny driving and list info as to who was driving do not have to pay the ticket. Shouldn’t the only fact that matters be “who was driving”? The good news is, a Flagler County judge has already struck down the statute as unconstitutional for, basically, this very reason. I assume that, even if the laws change, this fundamental problem will not go away.

2016 UPDATE: It’s now August of 2016, and there’s a recent case that distinguishes itself from the City of Hollywood case discussed above. In State v. Jimenez, the Third DCA found that the red light cameras operated by American Traffic Solutions are perfectly legal. 2016 Fla. App. LEXIS 11373 (Fla. 3rd DCA July 27, 2016, 3D15-2303 & 2271). Jimenez complained that these cameras were, basically, run by non-law enforcement officers who had unfettered discretion to issue citations. Sounds pretty similar to the above case, right? Well, the court didn’t see it that way. After reviewing the policies in place, the Jimenez court held that the red light cameras were legal because the municipality required law enforcement to review the citations. In City of Hollywood (above), the court dismissed a red light citation because the camera vendor was given unfettered discretion in the issuance of the citations. Now that the Third District Court of Appeals approved of the policies found in Jimenez, I wouldn’t be surprised to see many cities re-write their red light camera guidelines to comply with the Jimenez policies, and shy away from the unfettered discretion policies struck down in City of Hollywood. Now, will these cities actually “follow” their own guidelines? Don’t hold your breath. Sure, they will make this legal “on paper”, but I doubt we’ll see any real change in how things are handled.