2 Ways to Remove an HTO Suspension

But, here’s the two ways that we’re going to review. The first way is an attack through the Department of Motor Vehicles. In other words, we’ve got to get a copy of your driving record. We’ve got to review it with a fine-tooth comb. There are mistakes on people’s driving records. I know it’s shocking for me to allege that our government makes mistakes, but they do it all the time, and a lay person just doesn’t always look at their driving record much less know what’s wrong with it, much less know what to tell DMV to fix it. That’s one way that we can get rid of it [the HTO suspension].

We’re going to talk about two ways that we lawyers can remove a Five-year, HTO suspension from your driving record. And, we can do this at any time. Hopefully, you catch it before the five years even starts, but that’s not mandatory. 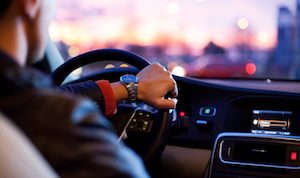 We can do this three years into an HTO suspension, one year, one month, timing doesn’t matter. There’s a third way to remove your HTO and we’re just not going to talk about it today because we don’t have time, it would be too long and boring of a video. We’ll take one of those–we’ll find the one that the driver Paid a $184.00 and didn’t know that the payment of that citation was going to lead to a five-year suspension.

Look, when you don’t have notice as to the consequences of paying a ticket, we can appeal to the judge and there’s also a separate rule, Traffic Rule 6.360, between that traffic rule and the fact that the driver didn’t know what the consequences were, we can get a judge to remove a conviction and remove an HTO.