A Cop’s Opinion Gets a Case Overturned 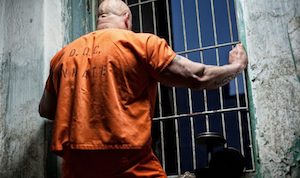 Everybody is entitled to their opinion. But, not everybody is entitled to have that opinion heard by a jury. Judges limit testimony of witnesses based upon their expertise of a subject, or lack thereof. More often than not, its law enforcement testimony that reaches beyond the scope of their “criminal justice degree”. Nothing wrong with a bachelor’s degree in criminal justice, nothing wrong with the training at the police academy. That being said, such training does not make a police officer an expert in everything under the sun. Let’s take a look at a recent real life example of how opinion testimony can get a conviction overturned.

In Proctor v. State, Eric Proctor took his case to a jury trial in Osceola County. 97 So.3d 313 (Fla. 5th DCA 2012). He had two counts of grand theft, and two counts of worthless checks. Here’s what happen: two fraudulent checks were written out to Eric Proctor, and cashed by “him” at a SunTrust bank. The lead detective pulled the bank video, and testified at trial that the person on the video was, in fact, Eric Proctor. Furthermore, the detective then pulled a copy of Proctor’s driver’s license, and testified that the signature on Proctor’s driver’s license matched the signature on the worthless checks. Obviously, the lead detective was not an expert in either category.

SPECIAL CRIMINAL DEFENSE NOTE: Hats off to Proctor’s criminal defense attorney, a public defender from Bob Wesley’s office (according to the clerk’s website). They did a great job on this, from my reading of the 5th DCA’s opinion. Why do I say that? Well, it is obvious that the public defender looked at the state’s witness list and noticed a glaring absence: no expert witness listed for handwriting analysis, and no expert witness listed on eyewitness identification. After all, how can anyone say the person on the bank video is Eric Proctor, or testify that the signatures match–but an expert in that field? (or, somebody that is personally familiar with either). So, Proctor’s attorney then filed a “Motion in Limine to Exclude Hearsay Evidence and Improper Inferences Drawn From Hearsay Evidence”. Bam, right there on Osceola’s Clerk of Court website, this PD is telling everyone that the state doesn’t have a case, and that the court must not permit the detective to testify about stuff that he has no business testifying to.

But something goes wrong. The public defender’s motion on behalf of Proctor was denied. The detective testifies as to the bank video eyewitness identification, and to the signatures on the checks matching Proctor’s DL signature. Thus, Proctor loses at trial, and he’s given a 3 year DOC prison sentence. The PD doesn’t stop fighting, and an appeal is made. On appeal, these convictions get overturned. The 5th District Court of Appeals reasoned: “in this case, Detective Lane was not an eyewitness to the crime, had no special familiarity with Proctor, and was not otherwise qualified as an expert in video identification. The jurors should have been allowed to determine for themselves whether Proctor was the person shown in the surveillance video.” Id at 315.

The appeals court said the same thing of the handwriting testimony of the detective, noting “[s]imilarly, Detective Lane should not have been permitted to testify that after comparing the signatures in the DAVID documents with the signatures on the bank checks, he believed “that [the checks] were written by the same person.” Detective Lane was not sufficiently familiar with Proctor’s handwriting to form a reliable opinion, and candidly admitted that he was not an expert in handwriting comparison.” Id.

You may be wondering at this point, “why not let the jury review the signatures, and decide for themselves?” Nope, can’t be done. The jury must have expert guidance, only then may they review for themselves (the court cited the famous Charles W. Ehrhardt’s book Evidence, § 901.4, at 1057 (2011 ed.) “explaining that section 92.38, Florida Statutes, which allows jury comparison of disputed writing with genuine exemplar, has been construed to permit jury comparison only where expert or skilled witness has testified that disputed writing and exemplars were written by same person”) id.

This case is an example of how hard it can be to prove a worthless check charge, if the judge follows the law. Furthermore, this case is a prime example of how good lawyers create great appeals by filing proper pretrial motions. The appeals court in this case made reference to the Motion in Limine filed by the Assistant Public Defender, probably wondering why the motion wasn’t granted. Nice job.