A Friend With Weed Is a Friend Indeed 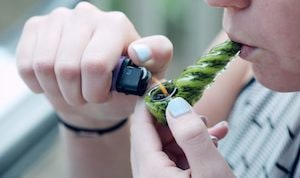 I’m sure we all have a few friends that consume drugs of some sort, some legal, some illegal. The problem becomes when these drugs are illegal, your friend’s generosity can get you arrested for possession of a controlled substance. Such was the case in State v. Snyder, 635 So.2d 1057 (Fla. 2d DCA 1994). Snyder and his high school buddy Parker were eagerly anticipating the arrival of Parker’s package full of drugs via FedEx an UPS. Synder admitted knowledge of the arriving drugs, in this case methamphetamine, and Parker drove them to pick up the pages.

Once Parker had his package full of drugs in hand, he generously offered to let Snyder try some of the drugs, and Parker proceeded to pour out two lines onto a cassette case (yes, this is a somewhat old case, as some of you probably don’t remember cassettes). Before Snyder had a chance to snort up the lines, the police arrived and arrested them both.

Snyder’s defense attorney filed a Motion to Dismiss (technically called a (c)(4) motion) and attached a sworn statement from Parker that Snyder had nothing to do with the delivery of the drugs, despite his willingness to help receive delivery of such. The trial court denied the motion to dismiss, but the appeals court overturned, and granted dismissal. In granting dismissal, the court reasoned that Parker actually “owned” the drugs and found that the state presented no evidence “that Snyder had the right to compel Parker to fulfill his promise [of offered lines of drugs]. The ability to reduce a controlled substance to one’s actual possession was the key to the definition of constructive possession in Daudt v. State” Id. citations omitted.

Yes, I know this case really wasn’t about weed, sorry. I’ve been practicing criminal defense in Orlando since 1993, so I’ve had quite a few cases of “I didn’t own that weed, it was so-and-so’s weed”. The Snyder case is important to illustrate that when the rightful owner of a drug is present (and admits to such ownership), there is often no way the state can prove that someone like Snyder has dominion and control over that same drug. Sure, if the police arrived after Parker had given away his lines to Snyder, we’d have a different case. Technically, ownership of drugs are not so much the focus here as is the state’s burden to prove a defendant’s “dominion and control” over a drug. The state must always prove “dominion” and “control”, and lucky for Snyder, they couldn’t.