Criminal Defense
Since 1993
Contact Us Now For a Free Consultation
Home
Articles
An Apartment Full of Drugs and People - Who’s Drugs Are They?

An Apartment Full of Drugs and People - Who’s Drugs Are They? 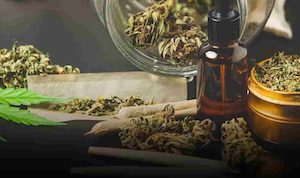 Home search warrants are no fun. It’s a lose/lose proposition. Here in Orlando, citizens whose homes have been invaded by government officials find that they have hours of cleaning up to do. Dresser drawers are emptied. Tons of strangers not wearing gloves are fondling underwear drawers (must start a load of laundry). Kitchen cabinets in disarray. Seat cushions all over the place. What a creepy invasion of privacy. Even with no drugs found–the damage is done. The problem comes when people are found in a home, in addition to drugs. Who gets charged, and why?

Sometimes, the location of the contraband determines who gets arrested. For example, if drugs are found in a bedroom, the police will look for signs within the bedroom which indicate to whom the room belongs. Much to everyone’s amazement (and in my case, amusement), police officers miraculously find baggies of marijuana or xanax, or hydrocodone ( or whatever) “sandwiched between the Defendant’s passport and several pieces of mail addressed to the Defendant.” These officers seek to leave little doubt as to the ownership of the controlled substances, and if they are to be believed, drug sandwiches are pretty common. The only thing more amazing than the fact that law enforcement continues to write such tall tales is that judges and prosecutors continue to believe them.

So this brings us to the case of the day, Mitchell v. State, 958 So.2d 496 (Fla. 4th DCA 2007). Mitchell was convicted of trafficking in cocaine, and trafficking in marijuana. At trial, he requested a special jury instruction regarding his constructive possession of cocaine, so that the jury would be better informed of the unique laws surrounding their decision. The trial judge would not allow Mitchell to use the special jury instruction, and that’s how the case wound up in the Fourth District Court of Appeal. Remember, there’s two types of possession in Florida–actual and constructive. Actual is simple, it means drugs which are either in your pocket, or within ready reach. Constructive possession happens when multiple people have access to the same drugs, and as such, it requires far more proof. The Mitchell case provides a nice overview of a battle between actual and constructive possession. Here’s what happened:

The Palm Beach County Sheriff’s office received a 911 hang-up call from Mitchell’s residence. They knocked on the door, Mitchell answered, and the cops requested that he step outside. At this time, the officers heard a woman inside the home crying, so they entered the apartment to verify her safety. Once inside, the officers saw lots of marijuana in multiple Ziploc baggies. While checking the apartment for more people, even more drugs were found, including a bag of cocaine, a big bag of weed, drug paraphernalia in the form of a digital scale, plus more packaged marijuana. Mitchell was arrested, but made no statements to the police (good boy!). Unfortunately, the crying female within the apartment couldn’t stop talking, and even though she admitted to living at the apartment periodically, she blamed everything on Mitchell (surprise, surprise–reminds me of a warning from Chris Rock that an angry woman and illegal drugs do not mix).

The officers then obtained a search warrant, which led to them finding even more drugs, in every room of the apartment, plus $29,000 cash. Of significance was the fact that both male and female clothing were found there as well. The crying girlfriend’s car contained 11+ pounds of marijuana, but Mithcell’s car contained nothing. The apartment also contained plane tickets in Mitchell’s name, as well as pictures of Mitchell with family and friends. And, just in case you thought I was making up the intro to this article, the police “found a court event form with Mitchell’s name on it next to a digital scale and raze blade.” Sure, this was not quite the passport-cocaine-driver’s license sandwich commonly found in home searches, but it’s pretty close.

At trial, the crying girlfriend testified that the apartment was hers, not Mitchell’s (she presented a lease in her name as well). She told the jury that she blamed Mitchell for everything because the cops threatened to take her kid away if she did not. After all this, the jury found Mitchell guilty of trafficking in cocaine and trafficking in marijuana. He received a twenty year prison sentence. At issue on appeal was the way in which the jury was instructed to make their decision in the case. The State thought this was an “actual” possession case, because Mitchell was inside a home that contained “some” drugs which were in plain view and ready reach. The defense reasoned that this was a constructive possession case, and thus required a special jury instruction. The trial judge rejected the following request, by Mitchell’s criminal defense attorney, that the jury be read the following:

While the State conceded that the above proposed jury instruction is an accurate statement of the law, they felt it did not apply to Mitchell’s facts because some drugs were discovered in the defendant’s plain view and ready reach–thus making this an “actual” possession case (versus a constructive possession case). The appeals court disagreed, reasoning that “[b]ecause Mitchell was not even in the home when the officers entered, having been removed by the officers, the drugs could not be within his ready reach.” Id at 499. Eventually, the appeals court reversed Mitchell’s convictions and sentence, sending it back to the trial court for a new trial “[b]ecause the trial court erred in refusing to give the special jury instruction”.

As you can see, getting a case to the jury is only half the battle. Having them instructed on the proper law in the case is just as important, and this aspect of trial is often overlooked by defense attorneys. Mitchell’s criminal lawyers did a great job of both framing the issue, requesting a special instruction, and preserving the issue for appeal. If you have a judge that you know will be trouble on such instructions, it may be best to file a Motion for Special Jury Instruction well in advance of trial, to know where everybody stands before picking the jury.