Another Judge Catches a Cop Lying 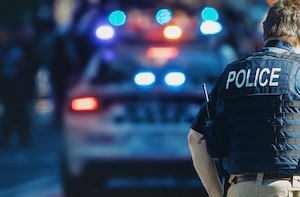 Here’s a nugget of truth: criminal defense lawyers and prosecutors disagree about just about everything. Duh. Fortunately, our justice system provides a referee to assist in these disputes, a judge. Believe it or not, one of the most important decisions (and toughest, for that matter) a judge can make is to believe–or not believe–a particular witness’ testimony.

From a criminal defense lawyer standpoint, it is well established that some inexperienced prosecutors simply assume that everything the police tell them is true–and everything a defendant says is a lie. So, how does a judge sort out disputes of witness credibility? Some judges simply take the easy way out by believing everything an officer says. Some judges do not display such intellectual laziness, and instead, actually do their job by finding police testimony not credible.

To see a brave county court judge in action, we’re going to look at the real life saga found in Duke v. State, 82 So.3d 1155 (Fla. 2nd DCA 2012). Duke was charged with misdemeanor driving under the influence (DUI). His criminal defense attorney filed a motion to suppress the traffic stop that led to the DUI arrest. The DUI stop was based upon several factors, (1) a wire hanging down in front of his license tag, (2) Duke’s car driving over the white line, and (3) Duke’s failure to drive in a straight line. At the hearing, the officer claimed that all of this behavior was consistent with driving impaired, and the driving pattern was shown to the court on video.

At the county court suppression hearing, the prosecutor conceded that the officer had no reason to stop Duke based upon the alleged tag violation, or Duke’s failure to maintain a single lane, yet they claimed that the stop could have been based upon the officer’s finding that the driver seemed sick or impaired. The county court judge granted the motion to suppress, ruling that the officer’s late claim of Duke’s “impaired driving” was not credible. It is possible that the county court judge found the officer not credible on that point because the officer failed to mention it in his police report, yet conveniently decided to bring it up for the first time at the suppression hearing. Of course, most prosecutors believe every word a cop says, so when this judge threw out some of the officer’s testimony and granted the motion–the prosecution appealed. How dare he not believe a cop!

Wait a second. Did you catch that? Yep, it’s failed logic from philosophy 101. The circuit court assumed that, because the officer’s testimony was “uncontroverted”–it was also credible. Not so. Many alien abduction cases are “uncontroverted”, but that doesn’t make them credible. The county court judge found the officer’s testimony “not credible” and thus, he granted the motion to suppress. What right does a circuit court judge have to question a county court’s assessment of witness credibility? Answer: None.

So, Duke’s attorney’s then appealed the circuit court’s ruling, and this DUI case ended up in front of the Second District Court of Appeals (how often does a misdemeanor case get that far up the chain? Not often). The Second District Court of Appeals agreed with the county court judge, and re-instated the original suppression of the DUI arrest. Here’s why: “the circuit court sitting in its appellate capacity cannot reweigh the evidence and choose to believe a state witness which the county court chose not to believe.” Id. Citing Hart v. State, 661 So.2d 54 (Fla. 2d DCA 1995). In other words, if the county court judge doesn’t believe a witness–no other judge can later believe that witness. It’s just that simple.

I want to you see something subtle here. Something that every county court judge knows. When a judge makes a ruling based upon the “credibility” of a witness’ testimony–that decision may not be overturned. Let’s play Duke’s case another way, and suppose that Duke’s county court judge said something like “yea, the facts established by the officer’s testimony indicate that Duke’s driving pattern indicated he was sick or impaired”. If those words were uttered, the circuit court should have overturned the ruling because–as a matter of law–such a “fact” entitles an officer to stop a vehicle. But, because the county court judge said that he was disregarding the officer’s testimony regarding supposed impaired driving, the judge’s decision regarding this officer’s “credibility” cannot be disturbed or questioned by a higher court.

So, now you see how a judge’s few words about “credibility” can insulate the judge’s decision from appellate review. That’s power my friends. Not Federal Reserve chairman power, but power nonetheless. My only hope is that more judges will stand up to law enforcement, and actually use their power to judge credibility. No one said judging is an easy job. But, for those judges that have NEVER found law enforcement testimony to be less than credible–they’re obviously not doing their job. And if too many officers are found credible by a particular judge, how long do you think it will be before a line of defense attorneys decides to take that job off their hands? I’m just saying.