Another VOP Based Upon Dirty Urine Is Thrown Out of Court 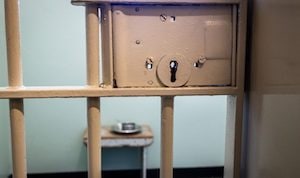 How many products these days claim to be “scientifically proven”? Proven to kill 99% of all germs. Eliminating 95% of all odors. Clinically proven to smooth wrinkles, or shrink your belly. How much “faith” can we put into these scientific claims? It depends on who is making the claim, right? Is it the doctor that conducted the study? Or, is it a janitor who got a good night sleep at a Holiday Inn Express?

Typically, our court system has done a decent job of keeping out scientific evidence that cannot be substantiated. The main vehicle for testing scientific assertions is cross examination. When a prosecutor presents a witness who makes scientific claims, we defense attorneys are able to cross examine this witness to test accuracy. At times, legislatures have tried to help prosecutors by passing laws that permit scientific assertions without the need to back up the claim with live scientific testimony. The United State Supreme Court has struck down these government attempts to insulate scientific conclusions from cross examination from folks like me. For example, Massachusetts passed a law permitting prosecutors to introduce lab reports as proof of a drug’s identity. (See Melendez-Diaz v. Massachusetts, 557 U.S. 1256 (2009), my article on this issue can be found here). The Supreme Court struck down this law, finding such a maneuver unconstitutional. In essence, the prosecutor is not permitted to introduce a piece of paper from a laboratory as proof of a substance’s identity (cocaine, or heroin, for example). They must present a scientist who knows something about the science underlying the lab report. Then, the lab report is admissible.

When prosecutors were unable to identify “cocaine” by simply presenting a piece of paper from a laboratory, the prosecutors decided they would call laboratory employees to the stand to testify as to what the lab does, etc etc. They would bring in anyone to testify. The receptionist from the lab, for example—rather than an actual scientist—so as to prevent defense attorneys from cross examining someone who understands the science. Without meaningful cross examination, why not believe an official looking document like a lab report? In other words, some prosecutors don’t want their “science” to be challenged, so they present witnesses who cannot not answer scientific questions on cross examination. Once again, the Supreme Court stepped in and, in the case of Bullcoming v. New Mexico, the Court held that such a tactic was unconstitutional (131 S. Ct. 2705 (2011), you can find my article on this issue here). In order to admit a scientific document into evidence, the prosecutor must present the scientist responsible for creating the document (or, at least somebody who knows something about it). With this in mind, let’s take a look at what prosecutors in Florida are trying to get away with in dirty urine violation of probation cases.

Now, this leads us to the recent case of Dawson v. State, 177 So.3d 658 (Fla. 1st DCA 2015). Dawson was found guilty of violating his probation by testing positive for cocaine. “The only evidence presented by the State to prove appellant’s violation was his probation officer’s testimony that she conducted a urinalysis at her office that indicated appellant used cocaine, and then she sent a urine sample to a laboratory which issued a report indicating the urine tested positive for cocaine.” Id. Typical. We have seen the US Supreme Court hold that lab reports are not admissible because they are hearsay. However, violations of probation are a different animal. VOP’s tolerate hearsay, but hearsay cannot be the sole basis for the violation. Isn’t the probation officer’s “reading” of the dipstick after dunking it in urine hearsay? (I assume that if the probation officer has enough knowledge of chemistry to understand why the dipstick turns RED for COCAINE or GREEN for HEROIN, they wouldn’t be watching probationers remove their private parts all day to pee in these cups in the first place. Just saying)

Scientifically speaking, how is it that a field test, in a probation office, can detect the presence of an illegal substance in the body of a probationer by testing his urine? The answer is buried deep in graduate school biochemistry, and gets complicated real fast. What Richard Feynman quipped about physics is somewhat true of biochemistry: “If you think you understand quantum mechanics, you don’t understand quantum mechanics”.

A simple field test administered in a probation office is, scientifically, not so simple. The problem with allowing probation officers to testify as to field test kit results is that we defense attorneys don’t get answers to the important questions—because they simply don’t know how the test works. The fact that the probation officer has personally dipped a thousand sticks into urine doesn’t aid in their understanding of the chemistry working behind the scenes.

Which brings us back to the Dawson case. He was violated for testing positive for cocaine. The appellate court overturned that conviction, finding that the probation officer’s testimony regarding administration of the field test kit wasn’t enough to support the violation. The court relied on another case, Carter v. State, in which the “court found an officer lacked sufficient expertise after his testimony revealed that ‘he did not know the name of the field test he performed or how it worked scientifically; he only knows if it comes back positive or if it comes back negative’”. 82 So. 3d 993, 995 (Fla. 1st DCA 2011). In other words, the probation officer “was not qualified to interpret the results of the field test.” Id. at 661. In other words, the probation officer didn’t really know enough to where any sort of cross examination would tease out how the test worked (or didn’t work).

But wait. Some clever business people decided to create a “certification” class for field drug testing. Surely, a probation officer who is “certified” would have sufficient expertise to testify as to the results of the test, right? First of all, I’m sad that I didn’t come up with that idea. And second, even if the probation officer happens to be “certified” in urinalysis field testing, the appellate courts remained unconvinced that this certification matters. For example, in Queior v. State, the court rejected a probation officer’s testimony regarding a dirty urine result, even though the officer was “certified” to administer the test, because the probation officer was “ignorant of the nature of the chemical” that reacts on the testing strip and “could not explain the scientific basis for the field test.” 157 So. 3d 370, 374 (Fla. 2d DCA 2015).

The situation is bad here in Central Florida. We defense attorneys are wrestling with an appellate court in direct conflict with the above decisions out of the First and Second District Court of Appeals. Our appellate court, the Fifth District Court of Appeal, has permitted probation officers to testify as to the accuracy of these field test kits even though they know nothing about the science. Science seems to be irrelevant to the Fifth DCA, based upon their recent opinion which proclaims that “we also believe that the typical probation officer field test testimony should qualify for admission, at least at a probation hearing, as expert testimony”. Bell v. State, 2015 Fla. App. LEXIS 14993 (Fla. 5th DCA 2015). Yikes. All I can say is yikes. (For more discussion on why the decision in Bell is wrong, check out my article Dirty Urine Shenanigans).