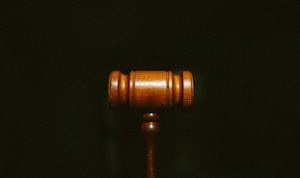 Some would say that technology has made our lives better, and that’s a debate for another day–but one thing we can all agree on is the fact that technology has made it a lot easier for the government to track us. Creepy, invasive technology is no longer the stuff of Mission Impossible and three letter government agencies like the NSA and CIA. To add insult to injury, technologies which invade our privacy have trickled down to local police departments. Which of these snooping technologies constitute a “search”? As you know, anything that constitutes a “search” will require a warrant under the Fourth Amendment. So, think back to your high school American Government class, fourth period (right after lunch, so you were probably very sleepy). The Fourth Amendment to the United States Constitution protects us from unreasonable searches. This begs two questions: (1) what is considered “reasonable” and (2) what is a “search?”

Technically speaking, “a search occurs whenever something not previously in plain view becomes exposed to an investigating officer”. Norris v. State, 993 S.W.2d 918, 925 (Ark. 1999). For example, when police were walking through someone’s house, they slightly moved some stereo equipment so that they could read the serial numbers. The United States Supreme Court found that this slight move constituted a “search”. Arizona v. Hicks, 480 U.S. 321, 324-325 (1987). The only way the police can get away with a search is if they have a search warrant signed by a judge. Otherwise, the police have no right to see “something not previously in plain view”.

Searches are easy to define when it comes to physical places and things. But, what about searches of computers, smartphones, or Wi-Fi networks? Local law enforcement these days are fishing around peer to peer networks in order to make child pornography arrests. May they do this without a search warrant? In order to determine how the Supreme Court will react to these technological developments, we’ll have to review a few old cases.

The first case dealing with privacy, technology, and searches can be found in Katz v. United States, 389 U.S. 347 (1967). In Katz, the government wiretapped Katz’ phone conversation in a phone booth, but claimed their covert listening didn’t constitute a “search” because citizens have no privacy rights in a public phone booth. No privacy right, no Fourth Amendment, and no warrant required. The Supreme Court found that a public phone booth does have Fourth Amendment protection. As such, the wiretap was a search, in part due to the fact that Katz closed the phone booth door (thus, leading most folks to believe that he wanted to keep the conversation private). Furthermore, the Court held that society has a “reasonable expectation of privacy” in phone booths. This line of reasoning has become known as the “reasonable expectation of privacy test”. If a citizen is doing something that most of us reasonably believe to be private, the government needs a warrant to observe this activity.

Contrast the Katz result with the case of Smith v. Maryland, 442 U.S. 735 (1979). In Smith, his home phone company provided police investigators with a copy of all the phone numbers Smith dialed. The Supreme Court found that this police action was not a search, as most people (at that time) understood that their phone company was keeping track of all of their calls for billing purposes (remember being billed per minute for long distance calls?). No one in the 1970’s had any “reasonable expectation of privacy” in the phone numbers they dialed.

Almost any time the government uses technology to peek inside a home, such technology is considered a trespass. In Kyllo v. United States, 533 U.S. 27 (2001), police use of thermal imaging device to see inside of a home constituted an illegal search and could not be done without a warrant. Of course, had the police used simple binoculars to peek inside Kyllo’s home from a distance, there would have been no Fourth Amendment violation, as this would have constituted a mere extension of a person’s sensory perceptions, and binoculars do not involve the sort of far out technology that offends the court. In other words, if the technology is commonly available, like binoculars, it is ok to use the technology. If the technology is not too common, like a thermal imaging device–such technology will require a warrant before it can be used to look inside a home. The Court reasoned that, “where, as here, the Government uses a device that is not in general public use, to explore details of the home that would previously have been unknowable without physical intrusion, the surveillance is a ‘search’ and is presumptively unreasonable without a warrant.” Kyllo at 40.

Fast forward to 2012, and you find another technology issue being sorted out by the Supreme Court in the United States v. Jones, 132 S. Ct. 945 (2012). Without a warrant, the government placed a GPS tracker–physically–on Jones’ car. The Supreme Court overturned Jones’ various convictions, finding that the GPS tracker constituted a physical “trespass” onto Jones’ property–namely, his car. Such reasoning has come to be known as the “trespass doctrine”. The government has no right to physically trespass on a citizen’s personal space without a warrant.

Here’s the million dollar question: What is the constitutionality of technological surveillance without a physical trespass like the GPS tracker in Jones?

Does wireless hacking of citizen’s digital effects constitute a form of “physical trespass” that requires a warrant? For example, most new cars have Wi-Fi syncing technology. May the government legally “sync” to a car wirelessly in order to track its every move? Is this reasonable? There is no physical trespass, so the government has not violated the trespass doctrine (unless we expand the definition of trespass to include “digital property”). Still, under Katz, doesn’t such police hacking violate our reasonable expectation of privacy?

Every new car has a “black box” that keeps track of speed, braking, everything. Would it be legal for the government to wirelessly hack the “black box” contained in our vehicles in order to convict us of various traffic crimes? Is the use of such hacking technology a “search?” Do we have a reasonable expectation of privacy in our car’s black box? [Thankfully, most car companies have encrypted their black box data, so it takes an act of Congress to gain access.]

What about cell phones? Did you know that every cell phone has essentially two types of software? The software that you know of–what you see on the phone’s interface–is vaguely secure. Yet, every cell phone also has a “radio” section which runs on a very simple operating system. This ‘radio’ part of a cell phone is easily hacked so that anyone can listen to your calls, or make calls from your phone (yes, several companies have demonstrated such hacking technologies). As the saying goes, there really is no such thing as “security”. We can all agree that government officials listening to our phone calls is unreasonable, but would all access to cell phone data be considered unreasonable? Would it be unreasonable for them to access our contacts? Is it reasonable for the government to access a cell phone’s GPS history to see where we’ve been? What level of government access–if any–to our digital effects would be considered reasonable? At the very least, everyone should make an effort to password/fingerprint protect their phone (for more info on this subject, click here).

New technologies utilized by the police are violating our privacy rights every day, some of you just don’t know it yet. The writers of our Constitution intended to keep such broad powers out of the hands of the State. Unfortunately, our elected officials are more concerned with getting re-elected than they are with our Constitutional rights, so we have to rely on the third branch of government to safeguard these rights. Sure, it takes a while, but let’s hope the trend of the Jones case and Jardines case (which I wrote about here) are a sign of good things to come.