The good news is, we can get all this dismissed for you. The bad news is, there’s too many people falling prey to the lies and urban myths that are out there.

One of the more common things you’re going to find is this notion that “Look, if my girlfriend, my wife, my boyfriend simply calls the State Attorney’s Office–this will all go away, won’t it?” 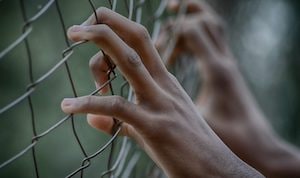 Naturally, the good news is that there are people like me. And, we have more ways of dismissing this than they have ways of convicting you. So please, get an attorney involved.

And also, a lot of times these judges make it so that you cannot have any contact with your boyfriend, girlfriend, the alleged victim. So, I don’t want to see a lot of emails, 500 texts flying back and forth after a judge ordered you to not have any contact. This could land you in jail because this is physical proof of you violating the judge’s order.

There’s a simple fix to this. When you hire an attorney, we will go back to the judge and get the judge to modify the initial conditions so that you guys can talk, you guys can live together again. It is not affordable to wait 60, 90, 4 months while this thing is pending before it gets dismissed and you have to maintain separate residences. And, you can’t talk about your finances and your kids and this and that. It is very difficult. Let an attorney go in there and fix this and tweak this so you guys can at least have some contact during the whole process.

And finally, when the process is over – if you’ve hired somebody – I hope that your charge is dismissed. And, the deal killer these days is, if you so much as have a dismissed criminal arrest for domestic violence battery on your record, you will be denied employment. You will be denied housing, they won’t let you get into some apartments, some homeowners associations won’t let you buy in after they do a background check. Your credit could be dinged by this as you’re considered more of a risk factor with a domestic arrest even though its dismissed. Nasty things happen that people don’t think about.

We can fix all that. We will do something called an expunge. That’s a fancy way of saying “we’re going to erase this thing so nobody can see it.” If you qualify. So please, when you are shopping for an attorney just make sure that that attorney is willing to expunge the record as part of the deal. You don’t want to get dinged for another $1500 or- $1800 at the end of the dismissal to have it erased. That should be packaged in to the hiring of the attorney. I do wish you luck.