Big Brother Is Recording Your Conversations 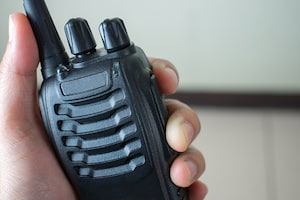 Technology is making us paranoid. And remember people, just because you’re paranoid doesn’t mean they’re not chasing you. We have good reason to be paranoid. Our government can attach a GPS device to your car and track your every move. Our government can tap your cell phone and listen to everything you say. And, there’s probably a hundred other things they’re doing but not telling us (maybe when I’m old and grey someone will dig it all up in a public records request).

Today’s lesson is: watch what you say, or, for those that require more direct language: shut the bleep up when you’re around cops. Shutting up just saves everybody time and hassle. Why anyone would start blabbing incriminating stuff around the police is beyond my comprehension, so let’s take a look at how Big Brother was able to take advantage of some poor defendant’s lack of intelligence.

The case is Bowens v. State, No. 4D08-3772 (Fla. 4th DCA, Feb 1, 2012). Bowens was convicted of strong-arm robbery, and appealed his conviction because he thought the admission of some surreptitiously recorded conversations violated his constitutional rights (Crawford’s right to confront a witness, to be exact). Bowens and a co-defendant ‘s robbery took place at a gas station gas pump, where they approached a customer and then proceeding to body slam him face down, stepping on him to grab his necklace. Once the necklace was taken, they turned him over and took his wallet. Nice guys, huh?

Bowens and co-defendant Michaels were arrested together and placed into the back of a patrol car. Point of fact: EVERY COP CAR HAS A SECRET RECORDER IN THE BACK SEAT. Bowens and Michaels didn’t know this (where’s the street smarts here?). The two began saying incriminating things on tape, and this tape was played to the jury. The problem here from a confrontation standpoint is this: the state was able to play co-defendant Michaels’ statements to the jury as part of this taped conversation, but Bowens criminal defense attorney was never able to cross examine Michaels about what he said. After all, what if Michaels was the type of guy to talk trash, and said some completely untrue things just because he knew he was being taped? Is it fair to present such evidence with no opportunity to cross-examine it?

The Bowens court cited an Alabama case which held that a similar secret wire recording was admissible because “the defendant’s statements were admissions which he did not realize would be used in prosecution, so therefore they were nontestimonial. The friend’s statements on the recording were not admitted as substantive evidence, but to place the defendant’s statements in context, so the friend’s statements were held to be nontestimonial as well.” Id. citing Benjamin v. State, 940 So. 2d 371 (Ala. Crim. App. 2005). A California court also held that such tapes do not violate the Confrontation Clause because the “taped statements were not made to government officers, the government did not participate in or encourage the conversation, and the conversation was held in secret. Thus, an objective person would not have expected the conversation to be later used at trial.” Id. citing People v. Jefferson, 158 Cal. App. 4th 830 (Cal. Ct. App. 2008).

Seems like this case is watering down the U.S. Supreme Court’s ruling in Crawford and Melendez-Diaz. Yes, Bowens did something stupid. But, we have a constitution that protects the rights of both the innocent and the stupid. Bowens was stripped of his right to cross examine the statements of his co-defendant, and that’s not fair, nor is it constitutional under Crawford. I wonder if the court would have decided this case differently if the statements made in the back seat proved their innocence. If the tapes contained innocent statements, chances are the tapes may have never surfaced in the first place. For you criminal defense attorneys out there, how many back seat recordings have you seen that contained innocent testimony? In my 18 years of criminal defense, I’ve seen ZERO tapes of that sort. But hey, I still have a few more years of fight in me, maybe one will turn up in the years to come. Ya never know.