Criminal Defense
Since 1993
Contact Us Now For a Free Consultation
Home
Articles
Can a Long, Legal Sentence Violate the Constitution?

Can a Long, Legal Sentence Violate the Constitution? 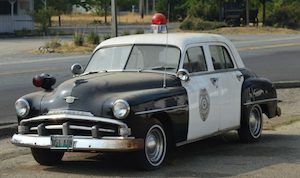 Our brains are constantly sizing up other people, and it should come as no surprise that there is always someone with less body fat and a bigger bank account. Comparison can be a bad habit, yet every party has at least one “one upper”, someone who has always been to a better restaurant, a better beach, or went to a better school than you did. [for the ultimate one upper story, see comedian Brian Regan, last 3 minutes of “I Walked On The Moon”]

Comparison is a big problem in criminal defense, even though it provides plenty of referrals. For example, I had several 25 year minimum mandatory prison sentences dismissed for a client and as such, every referral from this old client starts like this: “Guidry, you got my friend’s 25 year mandatory prison case dismissed, and my case isn’t that serious, so you can do the same for me, right?” Yes, I’m bragging about a serious case result, and yet, providing a helpful example. Cocky, yet informative.

Every criminal defense attorney has negotiated a “deal of the century” that was, subsequently, not appreciated by the client. Here’s my paraphrasing: “ATTORNEY: Great news, they’re going to drop all charges, the cops will write you a letter of apology, and you’re getting two free tickets to Sea World. CLIENT: What? Sea World? I want Disney tickets or there’s no deal. My bunk mate’s attorney got his whole family Annual Passes to Disney. You’re not as good of an attorney as my bunk mate, are you?”

There is sentencing inconsistency in Florida, the statistics bear this out (what statistics you ask? Just a few more paragraphs to go, then I’ll show you). A case that is serious in Orange County may not be that big of a deal in Osceola County, or Seminole County (my SEO people love it when I mention my practice counties by name, so yes, I practice primarily in Orange, Seminole, and Osceola, just saying). Some counties are known for their outrageous sentences, and that’s sad (Marion County comes to mind, and I think they’re proud of this fact). But, such disparity raises an interesting question: Is it possible that a long sentence can violate the Constitution as being cruel, even if it is legal? The Eighth Amendment to the Constitution bans cruel and unusual punishment. Can a sentence fall so far outside the range of typical sentences that it becomes cruel? These issues are addressed in the recent case of Alfonso-Roche v. State, 2016 Fla. App. LEXIS 8352 (4th DCA 2016, 4D13-3689).

Alfonso-Roche turned down the state’s 3 year prison plea offer, and lost at trial. He had no prior criminal history when he was convicted of stealing a car, a boat, and the attached motors. Technically speaking, he was found guilty of Grand Theft Auto, punishable by up to 5 years in prison, and Grand Theft First Degree, punishable by up to 30 years in prison. Alfonso-Roche was a first offender, facing a maximum of 35 years. What sentence did he receive? Alfonso-Roche scoresheet placed him at a minimum of 23.7 months in prison.

His sentence? 420 months prison. 35 years. At age 55, that’s probably a life sentence for this first offender. As a side note, the Florida Supreme Court found it cruel to give a 58 year sentence to a 15 year old, as that would create a virtual life sentence to be released from prison at age 73. Wouldn’t it be cruel to sentence 55 year old Alfonso-Roche to 35 years, thus a release date at age 90? Yes, the logic is flawed here, but the emotional impact is there, right?

The concurring opinion further notes that “433 defendants scored higher than [Alfonso-Roche] . . . demonstrating a higher degree of blameworthiness–yet none received a sentence greater than appellant’s 420 month sentence. As appellant argues, ‘no defendant who was sentenced to prison in the 19th Judicial Circuit in fiscal year 2011-2012 could point to appellant and say that appellant was treated more favorably than himself.” Id.

Judge Gross wrote an excellent concurring opinion, finding the 420 month prison term legal–but suspect. The majority opinion petitioned the Florida Supreme Court to answer the following question: “Does a sentence within the statutory maximum under the Criminal Punishment Code violate either the Due Process Clause or Eighth Amendment when it is significantly greater than the lowest permissible sentence on the defendant’s scoresheet or the offered plea and grossly disproportionate to the median sentence imposed for similar crimes within the jurisdiction?”

Let’s hope the Supreme Court will answer their question.