Criminal Defense
Since 1993
Contact Us Now For a Free Consultation
Home
Articles
Can an Accident Be a Crime?

Can an Accident Be a Crime? 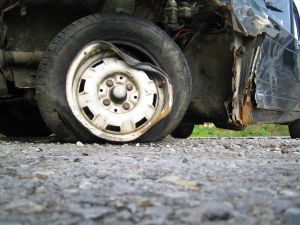 There are plenty of bumper stickers here in Orlando which exclaim the universal truth that “Stuff Happens”. So, how does an accident turn into an arrest? Here’s the short version. When an accident happens, there’s property damage. And property damage creates angry people who call the police so that “something can be done about it”. The police then make an arrest for criminal mischief. Basically, criminal mischief is the intentional infliction of property damage. But note here that the damage must be caused maliciously. This element is often overlooked by inexperienced police and prosecutors alike. Don’t believe me? Let’s take a look at the real life example found in the case of T.D.B. v. State, 85 So.3d 1212 (Fla.App. 1st DCA 2012).

T.D.B. is a juvenile, so the court’s use his initials rather than his full name (yea, I know, you knew that). You’ve seen what happened in this case before. Ever watched someone ‘play’ with something and think, gee, something’s about to go wrong? Well, that’s what happened here. T.D.B. was playing with a large weight. He was throwing it around, doing what kids do. And then, like clockwork, T.D.B. dropped the weight into a really nice pool. The pool was damaged quite a bit by the dropping of this weight on that diamond brite pool finish.

At T.D.B.’s trial, the state called a witness that saw him playing with a weight, and then dropping the weight into the pool. A second witness also testified, but noted that T.D.B. told her it was an accident. In spite of the evidence regarding the accidental dropping, T.D.B. was convicted of criminal mischief, and he appealed.

The appellate court overturned the criminal mischief conviction. The court reasoned that the prosecution “failed to present any evidence that appellant acted with malice”, further finding that proof “that damage resulted from [T.D.B.’s] actions alone is insufficient”. Id. I’ve been trying to tell prosecutors this for years, nobody listens. Proof of damage is meaningless without proof of malice. Malice is an essential element of this crime. As a general rule, an accident is not a criminal act. The appeals court, rightfully so, found that the prosecution never presented any evidence to rebut T.D.B.’s accident theory. Remember, when our government wants to bring a criminal lawsuit against one of its citizens, the government has the burden. That burden can grow even bigger when the citizen decides to present his own theory of events.

BORING SIDE NOTE on PHYSICAL “LAWS”: Accidents are part of physics, sort of. Scientifically, the Second Law of Thermodynamics states that entropy (disorder) increases over time. No one has really been able to jive how–scientifically–some matter falls into disorder over time, while certain arrangements of matter (we humans, for example) violate this law by becoming more complex (evolved) over time. Yes, I believe in some sort of evolution, but I don’t believe it “so much” that I’m going to let my broken down car sit dead on the roadside, hoping it will evolve into a newer, upgraded model. Though, I guess that’s possible in theory! After all, cars are made of the same stardust as all living things. Actually, automobiles are the closest things humans have made to a living, breathing, hunk of stardust. So, have you ever seen a car ‘evolve’ into a newer, better model? Ever been to the Corvette shop off 17-92? They have 80+ corvettes for sale at any given time. On their back wall, they line up a corvette from every year since the beginning. In order. Its cool. Should we humans all die off on day, some alien visitor may look at these breathing machines and believe that these cars simply “evolved” over time without any help–the machines were just an accident. Fortunately, we know the truth.