Criminal Defense
Since 1993
Contact Us Now For a Free Consultation
Home
Articles
Can You Prove Domestic Violence Without a Victim?

Can You Prove Domestic Violence Without a Victim? 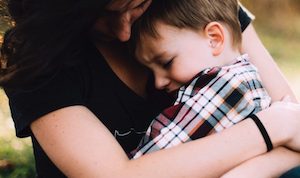 TV shows are everywhere now. How do you know what to watch?

Years ago, things were a bit easier. You had three major networks. NBC, ABC, and CBS. The most watched show in human history was not the last episode of Seinfeld or MASH, it was the moon landing in 1969. It is said that the moon landing had a 93% share, meaning, 93% of Americans who were watching TV that night were watching this historic event (Credit: AJ Jacobs broke this down recently on James Altucher’s podcast). The Super Bowl is, basically, the most watched television event of recent decades, and it consistently runs a 48% share, just to add some perspective.

AJ Jacobs points adds an interesting twist to this analysis. If 93% of all American’s were watching the moon landing–what were the other 7% of the population watching? Back in 1969, there were only two other channels to watch. The other 7% watched The Three Stooges. True story. While mankind was making one giant leap, 7% of us decided to watch Larry, Moe, & Curly.

The point is, there are quite a few idiots out there, possibly 7% of the population. And just so we’re clear, watching The Three Stooges doesn’t makes you an idiot–but if you ignored the moon landing and opted for the Stooges, you at least qualify.

It should come as no surprise that the legal profession contains quite a few Seven Percenters. Unfortunately, some of these folks are wasting your hard earned tax payer dollars by prosecuting cases with no evidence. Let’s take a look at some questionable trial practices, as found in the case of Baker v. State, 959 So.2d 1250 (Fla. 2d DCA 2007).

First, a few true cliches. There is no such thing as normal. And, you never know what goes on behind closed doors.

For example, if you find that your friend has marks on his back that look like something a whip or chain would create–don’t ask. For reasons unknown to me, some people like pain–biting, scratching, whipping. Sometimes, 911 gets a call. In Mr. Baker’s case, his girlfriend called 911 and told the 911 operator that “my boyfriend just, um, bit me and took my phone and stuff.” id. at 1251. Baker’s girlfriend declined medical treatment, but the 911 operator sent the police to the home. When the cops arrived, the girlfriend was crying, and she had a bite mark on her forearm. As is customary in such situations, the police took several photographs of the bite mark.

Baker was arrested for felony battery, domestic violence (felony because he had one prior conviction for battery). He took his case to trial and lost.

But the interesting part isn’t what happened at trial. Sometimes in life, its what “didn’t happen” that’s interesting. Sort of like the old Sherlock Holmes episode, where the police gathered all the evidence regarding a home break in–talked to all the neighbors, fingerprinted the home etc.–but Holmes is intrigued by what didn’t happen–the dog didn’t bark. No one heard the dog bark. Hum. The burglar must have been someone the dog knew. Sometimes, what doesn’t happen can tell you a lot about what happened.

How do you get a felony battery conviction if the victim doesn’t testify?

Do the above three things match up with what the state must prove in a battery case? Well, let’s review. Section 784.03(1)(a) states a battery is committed when a defendant “(1) actually and intentionally touches or strikes another person against the will of the other; or (2) intentionally causes bodily harm to another person.”

As noted by the appellate court reviewing Baker’s conviction, these judges wanted to know whether or not the state presented evidence that “Mr. Baker intentionally bit the victim and this biting was against her will, or that Mr. Baker intended to harm her.” id. at 1251.

The appeals court threw out Baker’s conviction, reasoning that the “state failed to present any evidence that the alleged touching–the bite–was intentional and against the victim’s will.” The State’s case was deficient primarily because the victim did not testify; the evidence from the victim was limited to the 911 call. her remarks to the 911 operator fall short of providing the necessary proof that the biting was not consensual and that it was intentional.” id.

So, back to the original question “Can you prove domestic violence without a victim?” No. Not in this case. But don’t kid yourself, the prosecutors will keep trying, and the judges will keep letting them get away with it.