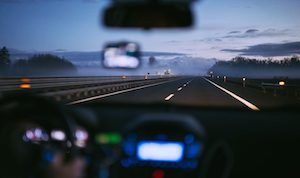 Know thy past and you’ll know thy future.

This is what makes history so valuable. If we presume that history repeats itself, knowledge of the past will help us brace for what comes next (Yes, there are lots of problems with this theory, but that’s a discussion for another day).

The problem is, how do we really know what is true from the past, and what isn’t?

There will always be some skeptic out there that will keep repeating the most intellectually lazy show stopper of all — “I’m not convinced.” I heard a physicist recently claim that he’s not sure “causation” exists, that we cannot know causes. He thinks the best we can hope for is correlation. Hum.

Speaking of real life skeptics, a friend of mine has been a judge for a couple of terms and he believes that he is the only conscious being on Earth. To him, it cannot be proven, ever, that beings other than himself are actually conscious. He only knows for certain that there is one conscious being; himself. Yes, he probably plucked his position straight out of a first year philosophy class, but for whatever reason, its stuck.

As a defense attorney, I absolutely love-love-love a good skeptic.

Remember when R & B singer R. Kelly was accused of making (staring in) 21 counts child pornography for a video showing him, allegedly, having sex and urinating all over a teenage girl? This sort of accusation brought out the best in comedians like Dave Chappelle. Chappelle did a sketch where the prosecutors were trying to pick R. Kelly’s jury, and after seeing the video, Chappelle still wasn’t convinced. You must see this sketch, it is priceless, but here’s the exchange:

PROSECUTOR: Mr. Chappelle, what would it take to convince you that R. Kelly is guilty?

DAVE CHAPPELLE: Okay, I’d have to see a video of him singing “Pee On You,” two forms of government ID, a police officer there to verify the whole thing, four or five of my buddies and Neal taking notes, and R. Kelly’s grandma to confirm his identity.

There’s no segue from R. Kelly pissing on teenage girls to a serious legal discussion. I’m not that creative of a writer. So let me say this: For those of you who still watch that depressing program called “The News”, you may have been led to believe that the most popular crimes in Florida are murder, or rape, or both. Not so. The most popular crime in Florida is driving while license suspended (DWLS).

And, “knowledge” plays a important role in every DWLS case.

There are several different flavors of driving while license suspended (DWLS), and not all of them are criminal. If, for example, you did not have knowledge that your license was suspended, its not a crime to drive while your license is suspended. Its just a civil citation, like a speeding ticket.

But, if you “knew” your license was suspended, it’s a crime to drive. It can land you in jail for 60 days, or 1 year, or longer, depending on your license situation.

In our real life case of the day, a driver, Mr. Stringfield, was sent to prison for 15 years just because he was caught driving on a suspended license with knowledge (the DWLS violated his probation). Stringfield v. State, 2018 Fla. App. LEXIS 12408 (Fla. 5th DCA 2018).

So, bearing in mind that you cannot prove to some people that other conscious beings even exist, how on earth can a prosecutor prove that Stringfield “knew” his license was suspended?

I don’t think knowledge gets enough attention these days on driving while license suspended cases, because its typically so easy to prove. According to the statute, a prosecutor has several options available to prove knowledge (Florida Statute 322.34(2)):

In some instances, the prosecutor can prove knowledge just by admitting into evidence a driving record which contains the judgment or court order suspending the license (but this technique cannot be used if the suspension comes from failing to pay a fine or fee). See 322.34(2) & (4).

Bottom line, it can be pretty easy to prove knowledge in a DWLS case. Lots of options.

Ok, that’s not a problem, the prosecutor still has two more ways to prove knowledge.

Next, the appellate court found that the prosecutor failed to prove prong (2), that the driver admitted to knowing his license was suspended.

Finally, they examined prong (3), proof that Stringfield received notice of his suspension via a court order. As you may have guessed by now, the prosecutor didn’t prove (3) either, and the appellate court overturned Stringfield’s 15 year prison sentence. Shawshank’d, all because the state couldn’t prove knowledge.

Bottom Line: Don’t assume the government can prove knowledge. It can be tougher than you think.