Criminal Defense
Since 1993
Contact Us Now For a Free Consultation
Home
Articles
Cash Is Evil? (... It Can Get You Convicted of Drug Possession)

Cash Is Evil? (... It Can Get You Convicted of Drug Possession) 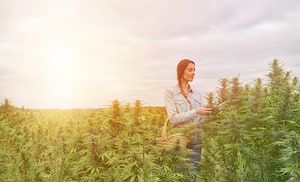 Remember the days when “cash was king?” Those days are over. Cash is getting a nasty reputation, and Big Brother is somewhere in Washington D.C. smiling at it all. So, what’s the problem? It seems as though Orlando cops make a big deal out of the amount of cash a defendant is carrying on a Possession of Cocaine or Possession of Marijuana arrest. The implication here is that the more cash a person is carrying with drugs, the more likely it is that person is probably some sort of drug dealer. Often times, the more cash you’re carrying, the more likely it is that a “Possession with Intent” charge erupts, and cash can be relevant for with intent cases. But isn’t cash irrelevant in a simple possession charge?

This issue of cash in a simple possession case was raised in Buitrago v. State, 950 So.2d 531 (Fla. 4th DCA). Buitrago was convicted of possession of cocaine, and during her trial the state introduced evidence that she had $400 cash in her left pocket, and $400 in her right pocket. Her lawyer objected to the introduction of the cash evidence, but the trial court overruled his objection. To add insult to injury, the officer suggested to the jury that the cocaine found in her car had a street value of approximately $400. But it gets worse….In closing arguments, the prosecutor argued that the defendant knew the drugs were in the car because the amount of money matched up to the amount of drugs, further stating that “Buitrago didn’t have a chance to finish” her drug deal. Id.

After 17+ years of Orlando criminal defense, I’m happy to report that there are some reasonable judges out there that support my feeling that cash is irrelevant in a drug possession case. The 4th DCA court in Buitrago agreed, overturning her conviction because the introduction of cash evidence “suggests that Buitrago was participating in a drug deal with which [the defendant] was not charged.” Id. Other court cases agree, with one court noting that “the inference that a possessor of drugs would carry a large amount of cash is not necessarily accurate; many users are chronically cash poor, since so much of their income goes for drugs.” Ferguson v. State, 697 So.2d 979, 981 (Fla. 4th DCA 1997) I couldn’t have said it better myself.