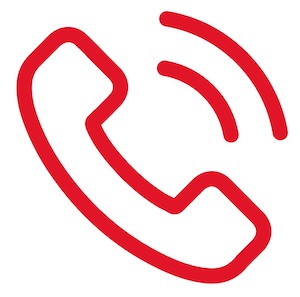 I realize that none of you are pigs. That being said, let’s review a common scenario that will come as a shock to my wholesome readership. Imagine an attractive woman is shopping in Isle Five–the feminine hygiene isle–and she finds herself surrounded by men looking at the same products. Are these men purchasing awkward products for their lady at home, or checking her out?

Real life example number 2: A friend of mine worked for a major hardware store (their logo is orange, you figure it out). Roughly 85% of the male employee’s walkie-talkie chatter involves notifying other employees of “yoga pants in Isle 12”, or “short shorts in Isle 22”. I’m just saying.

“The beautiful people” are not the only targets of creepy gawking shoppers. Sometimes, even the not-so-attractive folks attract a crowd. To confirm this, visit a website called “The People of Walmart” (www.peopleofwalmart.com). Be Warned: you cannot “un-see” some of these images. Suffice it to say that folks shopping late night at Walmart fail to pull up their pants, or bend over while wearing club skirts too short to permit any sort of bending. You’ve heard stories that start with “You won’t believe what I saw at Walmart last night”– those stories are real.

Now, when folks at Walmart decide to reveal their private parts, either by (a) not wearing clothes that would cover said parts, or (b) bending over to reveal such parts–is it legal to snap a picture? Should we prosecute the folks who submit photos to “The People of WalMart”? Typically, taking a picture in public is legal, but innocent photography crosses that line into criminal territory when the photo involves “dressing, undressing, or privately exposing the body, at a place and time when that person has a reasonable expectation of privacy.”

The candid pictures found at “The People of Walmart” website present an interesting case study. Many of these folks have their ass hanging out and this may be fun for the whole family, but do these folks have a reasonable expectation of privacy? If you’re wearing a skirt so short that you cannot sit down, is it legal for someone to take a picture as you bend to retrieve contraceptives from the bottom shelf? This woman may have an expectation of privacy and thus object over her picture being taken–but is that expectation reasonable, given what’s she’s wearing? [For a deeper analysis, you must watch “Women Send Confusing Messages to Men” by Dave Chappelle]

By now, you may be wondering what all this has to do with the government forcing its citizens to turn over their iPhone passcodes. Well, our story today started at a Walmart just like the one you never admit to shopping at.

A young lady was shopping when she noticed a man crouching down beside her with a cell phone in hand. Nothing creepy about this…yet. After all, there’s stuff on the low shelves, right? But, given my intro, you know where this is going. “She then observed the man with his arm extended, holding the cellphone under her skirt. The victim confronted him, and the man told her he had dropped his cellphone. . . Store surveillance video confirmed that the man crouched down with an illuminated device in his hand, moving it toward the victim’s skirt”.

These shenanigans led to an arrest for video voyeurism, a third degree felony defined as “intentionally using an imaging device to secretly view, broadcast, or record under or through the clothing being worn by another person, without that person’s knowledge and consent, for the purpose of viewing the body of, or the undergarments worn by, that person for his amusement, entertainment, sexual arousal, gratification, or profit”. State v. Stahl, Fla. 2nd DCA 2D14-4283 at page 6 (Dec. 7, 2016). See also Florida Statute 810.145(2)(c).

When Stahl was arrested, police seized his Apple iPhone 5. But to convict Stahl, the police will need to take a look at the contents of the phone to search for evidence of “viewing, broadcasting, or recording.” Stahl had a passcode on his phone, so the police could not access it, and he refused to give the police his passcode. As such, the State filed a Motion to Compel him to cough up the passcode. The judge denied the State’s request, because this judge has read our Constitution. And, the Constitution contains several amendments, the Fifth Amendment is important to our case. It states that “no person . . . shall be compelled in any criminal case to be a witness against himself.”

As a rule of thumb, evidence that is testimonial in nature involves “the contents of the accused’s mind“. This rule has been stated as follows: “the touchstone of whether an act of production is testimonial is whether the government compels the individual to use ‘the contents of his own mind’ to explicitly or implicitly communicate some statement of fact”. In re Grand Jury Subpoena Duces Tecum Dated March 25, 2011, 670 F.3d 1341 at 1345.

What does “the contents of the accused’s mind” mean? Isn’t a handwriting sample revealing a bit of a person’s “mind”? What is “mind” anyway? Oh yes, we’re going to get philosophical.

For some people–smartphones have become an extension of their mind. Folks have outsourced to smartphones what their mind used to “know.” Do I “know” my friend Rod’s phone number? Yes, but only when I have my phone nearby (I don’t “know” phone numbers anymore, at least not like I used to). Philosopher David Chalmers developed the “Extended Mind” theory back in the late 90’s. He reasons that “things my brain used to do have now been taken over by my iPhone . . . acting as my memory”. See Chalmers’ TED Talk “Is Your Phone Part of Your Mind“. The whole debate reminds me of high school (think 1980’s), when the teachers wouldn’t let us use calculators in math class–especially during tests. Calculators may have been the original electronic extended mind.

We don’t need to take things as far as Chalmers to feel a tad violated when Big Brother wants access to our smartphones. The Fifth Amendment protects the ‘contents of our mind’, but being coerced to turn over access seems un-American.

In the end, the Stahl court forced him to turn over his iPhone passcode to the government. At that moment, a bit of our freedom slipped away (couldn’t think of anything more dramatic to say, but you get the point).

The court held that “compelling a suspect to make a nonfactual statement that facilitates the production of evidence’ for which the State has otherwise obtained a warrant based upon evidence . . . does not offend the privilege” because its not testimonial in nature. id at 15. Once the court held that the passcode was not “testimonial”, they found that “if a compelled statement is ‘not testimonial and for that reason not protected by the privilege, it cannot become so because it will lead to incriminating evidence’ “. id., quoting In re Grand Jury Subpoena, 826 F.2d 1166, 1172 (2d Cir. 1987).

If you’re really interested in this court’s opinion, you should read all 19 pages of the opinion, because there wasn’t enough space here to cover the major issues addressed (Jim Gaffigan’s whisper voice would say “He’s just lazy”). I’ve ignored the legal gymnastics in Stahl out of shear anger over the fact that the government is starting to win the passcode battle, at a time when our phones tend to contain more private information than ever. Ouch.

[Footnote: there are other, legal, ways to get into an iPhone, like fingerprints, for example. But, the State didn’t seek to compel Stahl to use his fingerprint to unlock the phone (maybe this wasn’t a feature on his iPhone 5?). This would have been a completely legal maneuver, as a Virginia court that held the Fifth Amendment is not violated when a citizen is compelled to place his finger on a phone. See Commonwealth v. Baust, 89 Va. Cir. 267 (Va. Cir. Ct. 2014)]