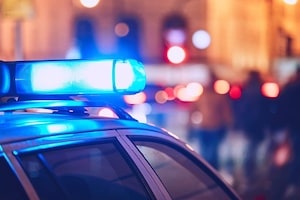 Don’t we have enough laws already? Aren’t there, already, enough reasons to stop a citizen legally driving down the road, minding their own business? Apparently not.

You’ve probably heard all the crime rate statistics, so you know that Florida is a hot bed for traffic stops, and drug charges–the two go hand in hand. Basically, people keep drugs in their cars. They then get pulled over with these drugs in the car. It’s just that simple. Its safe to say that the vast majority of all drug possession charges come from a search of someone’s vehicle after a traffic stop.

So if traffic stops lead to vehicle searches, and these searches lead to drug arrests, let’s review some common traffic stop scenarios. The most common (bogus) reason for a traffic stop is failing to stop at a stop sign. Yep. Rolling thru a stop sign is a favorite of drug enforcement units who have no desire to enforce traffic laws, but merely have a quota of drug arrests to meet in order to justify their employment. And, another favorite reason for a stop is illegal window tint. Of course, we criminal defense attorneys have our ways of demonstrating to judges the fabricated nature of such stops, but that’s a discussion for another day. Today, let’s talk about those instances in which the police are mistaken as to the traffic laws.

There’s a long list of drug possession convictions which have been overturned due to illegal traffic stops. The illegality of a traffic stop comes in many forms, and sometimes its simply due to an officer’s mistaken ideas of law. For example, one driver was pulled over for not having a center rearview mirror in his car. News Flash: the absence of a center review mirror does not constitute a reason to stop a vehicle. Why, you ask? Because center rearview mirrors are not required under Florida law. In such stops, all drugs found after the stop will be suppressed. See Leslie v. State, 108 So.3d 722 (Fla. 5th DCA 2013). By the way, one rearview mirror is required, but it may be located on either side of the vehicle, so long as it permits the driver to see 200 feet behind the car (don’t need two mirrors, just one). The stop in the Leslie case is what is commonly referred to as a “mistake of law”. And, under no circumstances can an officer’s mistake of law justify a traffic stop.

Now that we’re armed with a mistake of law example, let’s move into a more grey area. What happens if your car is perfectly legal–like the example above of a car without a rearview mirror–but the color of the new paint doesn’t match the car’s registration? It’s legal to change the color of your car, and there’s no requirement that an owner report the color change. Legal color, legal rearview mirror, is the stop of the car legal?

The color change case is Van Teamer v. State, 108 So.3d 664 (Fla. 1st DCA 2013). Van Teamer was driving a bright green Chevy. A deputy ran the tag and discovered that the tag was registered to a blue Chevy–not green. So, the deputy pulled over Van Teamer based upon the color inconsistency. Van Teamer explained to the officer that the car had been recently painted. During this conversation, the deputy noticed the odor of marijuana. Based upon that odor, the deputy searched the driver and two passengers, discovering both marijuana and cocaine inside the vehicle. The cocaine was a large amount, so Van Teamer was hit with a trafficking in cocaine charge, in addition to a possession of cannabis and possession of drug paraphernalia charge. Van Teamer’s defense attorney filed a Motion to Suppress, arguing that the color change was no reason to stop the car. The motion was denied, and Van Teamer was sentenced to six years prison.

On appeal, Van Teamer argued that Florida’s DHSMV does not require vehicle owners to register a change in car color. The State countered by noting that the color discrepancy gave the officer reasonable suspicion of the illegal act of making a false application on a vehicle registration. The appeals court overturned Van Teamer’s convictions, finding that the color discrepancy–by itself–is not enough to stop a car. The court reasoned that, “[in] Florida, it is legal to repaint a vehicle without reporting the change, creating an inconsistency between the vehicle registration and the vehicle…If we accept the State’s argument, every person who changes the color of their vehicle is continually subject to an investigatory stop so long as the color inconsistency persists….we are hesitant to license an investigatory stop of every person driving a vehicle with an inconsistent color.” Id at 669.

Now, you would think that’s the end of the story, but it’s not. The Fourth District Court of Appeals, in the case of Aders v. State, came to the opposite conclusion, finding that a stop of a car for color issues alone is perfectly legal. Aders, 67 So.3d 368 (Fla. 4th DCA 2011). So, who’s right? Well, for those of us who still believe the Fourth Amendment to our Constitution has meaning, it would appear to be unreasonable to stop a car for a perfectly legal paint job. Thus, it is my hope that the Van Teamer decision will be adopted by other courts. Eventually, the Florida Supreme Court will weigh in on this issue. For now, cars with new colors can be stopped legally in the Fourth District, but may not be stopped in the First District. Got it? Good.