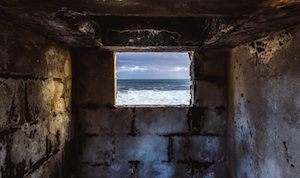 Conspiracy theories are everywhere, especially here in Orlando. If you can dream up a conspiracy, someone out there has already written a book on the subject. And here’s the funny thing–it’s not just the general public that subscribes to these theories, law enforcement officers are just as bad, probably worse. It is not a crime to hang out with a drug dealer. It is not a crime to have friends that commit crimes (if that were the case, all of Wall Street would have gone down with Bernie Madoff). Even though none of us want our kids hanging out with the wrong crowd, law enforcement takes it to a whole new level.

The case is Betsy Dieujuste v. State. 86 So.3d 1209 (Fla. 4th DCA 2012). Betsy was convicted of conspiracy to traffic in oxycodone. It all started with an undercover operation by the Delray Beach Police Department, and an undercover deal they arranged to purchase 50 oxycodone pills. The deal was not set up with Betsy, and there was no evidence that she planned the transaction. The incriminating circumstances involved the fact that she was sitting in the rear of a vehicle involved in the drug deal. Later, Betsy moved to the front seat, drove off in the drug dealing car, and moments later she was confronted by the police. Ms. Dieujuste gave her purse to the police, and they found $400 cash in it, all of which were marked bills from the drug transaction moments before. Betsy told the police that was her rent money. Also, the purse contained a valid prescription bottle containing 46 oxycodone pills—the same type of pills in the drug deal (but no scientific evidence was presented that these pills matched previous transactions).

Betsy agreed to a taped interview with the police. In this interview, she explained why she had $400 cash. She asked her boyfriend for some money, basically half of their rent. The boyfriend did not have the money, but his “friend” owed him $400, so she could simply go get it from him. Of course, he turned out to be the pill pusher that the undercover cop bought the initial 50 pills from. Got it? Well, it’s confusing. At her jury trial, the defense attorney moved to dismiss the conspiracy charge. The prosecutor objected, noting that Betsy had $400 of the “buy money”, and had the same type of oxycodone pills. Motion denied, and the jury found Betsy guilty of conspiracy to traffic in oxycodone. (no mention was made of a prescription defense, the appellate court only addressed the conspiracy issue)

Conspiracy is a tough thing to prove. It is an agreement. Really, it’s an agreement between at least two people to break the law. So in Betsy’s case, what proof is there of any sort of agreement? Well, none in this case, so the appeals court overturned the conviction for conspiracy to traffic in oxycodone.

Drug deal conspiracies generally fall into two categories. First, there’s the solid/legit conspiracy cases in which a defendant is “involved in a series of meetings, arrangements and negotiations to sell or buy illegal drugs that lead to such sale or purchase.” id. at 1212. That one is easy, guilty as charged. However, this drug deal fell more into what I call the “crappy conspiracy” case, which is best described as when “the defendant [is] merely present at the scene of the crime, had knowledge of the crime, or even aided others in the commission of the crime”, such instances are “inadequate, without more, to sustain a conspiracy conviction” (citing Jackson v. State, 74 So.3d at 563). If only prosecutors would read the law, we might have saved lots of tax payer dollars. But then again, since when has the government been concerned about spending our money?

Clearly, the government failed to prove Ms. Dieujuste was involved in a conspiracy to do anything other than collect her rent money. That’s the American way. FYI, there is nothing wrong with collecting money, even if the borrower is a drug dealer. The only thing wrong here is law enforcement’s conspiracy colored glasses–and a few prosecutors and judges that buy into it.