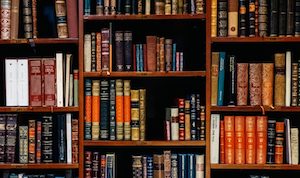 Here in Orlando, drug possession cases rack up as we sleep, similar to the scrolling numbers of our increasing national debt. The majority of these drug cases are born out of a search conducted by police. There are all types of searches, but an interesting case came out of the Second District Court of Appeals regarding the extent to which a citizen can be searched prior to being placed within the back of a police car.

In A.B.S. v. State, 51 So.3d 1181 (Fla. 2nd DCA 2010), the juvenile was stopped and handcuffed by police based upon their belief that he may be a runaway in need of transport back home. Before placing A.B.S. into the back of the police car, officers searched the juvenile. During the search, the officer found a set of keys, and attached was a small aluminum screw-top container. The officer shook the container and suspected it contained illegal pills inside. The officer opened it, discovering drugs, he arrested A.B.S. for possession of a controlled substance.

A.B.S.’s attorney filed a motion to suppress the drugs based upon an illegal search, but the trial court denied the motion. The Second DCA overturned the conviction, holding that the officer “did not have a legal basis to search A.B.S.’s person before transporting him in his cruiser.” Id. Basically, taking a juvenile into custody in order to return him home does not constitute a crime whereby an officer can search incident to an arrest. Id. A police car is not some sort of constitutionally sacred space that requires a search prior to entry. The court further reasoned that “in this case the officer had no indication that A.B.S. was in possession of either a weapon or contraband when he searched A.B.S.” Id. Fortunately, our constitution and the Florida courts have set some boundaries on police searches. Don’t you feel safer now?