Crack Flying in the Courtroom 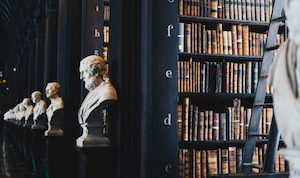 I had lunch today with a dear attorney friend, and we spent a good hour re-telling war stories from our days at the public defender’s office. He thought it would be a good idea to write down these true events, before they disappear. I agree. So, this is the story of how a piece of crack went flying thru the air in the middle of a jury trial.

At the time, I was a public defender, working for the best public defender ever–Joe DuRocher (R.I.P.). Back then, we would watch each other’s jury trials, time permitting. This trial was of particular interest to me, not because it was a simple possession of cocaine case, that didn’t matter. This trial was interesting because I had never had a chance to watch a particularly talented PD try a case. Here was my chance. Turns out, this defense attorney was (is) as good a trial attorney as everyone said he was.

For those of you that have never seen a jury trial on a possession of crack cocaine–it’s pretty simple, and boring. Like every trial, the day starts out by picking a jury. After jury selection (called voir dire), next comes opening statements, where the lawyers must describe to the jury what facts will be proven at trial. After opening statements, the government gets to call their first witness. Keep in mind, a criminal case is basically a lawsuit brought against a citizen by the government, so it makes sense that the government has the burden of going forward first–a defendant need not do anything.

The state calls their first witness, the lead officer. The lead officer provides all the testimony you would expect from such a witness, he established the jurisdiction of the court (this crime happened in Orange County Florida), and established the possessory interest of the defendant (the crack was found in the defendant’s right front pocket). Now for the moment of truth. In order to convict someone of possessing a controlled substance, the state must introduce the drug into evidence. The prosecutor confidently walks up to the lead officer during direct examination with the sealed envelope containing the crack cocaine. The prosecutor shows the officer a brown envelop with lots of tape on it. The officer must first examine the envelope, and verify that it is, in fact, the same envelop that he initially placed the cocaine into. As you might expect, it was the same, so the prosecutor hands the officer a scissors to cut the envelope open. The officer cuts the envelop open–but like some Saturday Night Live skit–he flicks the envelope just enough during the cutting process to where the small piece of crack goes flying thru the air. It happened in slow motion, I swear.

The officer looks inside the envelope anyway, and discovers that there isn’t any crack in the envelope. It’s all jumped out. The little piece that flew thru the air was the only piece of evidence supporting the government’s case, so the judge calls a recess, and numerous court personnel are on their hands and knees searching for a piece of crack that is probably no bigger than an M&M (not a peanut M&M, a regular M&M). The crack is never found. I wish I had a picture of the prosecutors on their hands and knees searching for this evidence. It would have been priceless, and I would have attached it for your viewing pleasure. Add to the humor here the defense attorney’s half hearted effort to find the crack. Was it even ethical for him to seek out the state’s evidence needed to convict his client? Would it be ineffective assistance of counsel if the defense attorney found the crack? The cocaine was never found, so I guess we’ll never know how things could have played out otherwise. Eventually, the judge dismissed the charge. To this day, there may still be crack cocaine on the sixth floor of the Orange County Courthouse.