If there ever was a pretty damaging urban myth out there in the criminal defense world it is the myths surrounding the declination of prosecution or a drop charge affidavit.

These are fancy words for a piece of paper that is notarized, sworn to, and this piece of paper basically says “I’m the victim of a crime and I don’t want to press charges any more”. 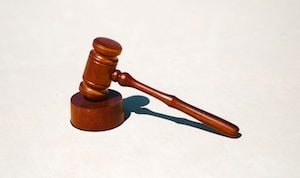 Now, this piece of paper is fairly meaningless. I’m mean, a prosecutor won’t laugh when they see it but they don’t really care that a citizen doesn’t want to press charges any more.

Believe it or not, the prosecutors can convict someone of battery domestic violence without the cooperation of the boyfriend, girlfriend, wife or husband. I think this is a damaging myth out there “Gee, if so and so doesn’t cooperate this will all go away, won’t it?” They’ll just file that piece of paper? No. The piece of paper is fairly meaningless.

What you want to do is hire an attorney to help with the drop charge affidavit or declination of prosecution. And I know, you’re watching an attorney video, you’re asking a barber whether you need a haircut. But, it’s true.

Because, for this document to have any weight, any impact, you need to capture that moment you remember, when you read that police report and that pit gets in your stomach: “I said that?!” “That didn’t happen, it didn’t happen that way, I had a lot to drink!” Which, by the way, it is legal to be drunk at home. The problem is, when you’re drunk and you’re fighting and then you call the cops–sometimes you tell them things that, upon sober reflection, “That wasn’t quite accurate, let me get the record straight”.

The problem is, that’s great. And, that would be very helpful. But, that may also get you arrested for filing a false police report, perjury, contempt of court. There’s lots of ways to go to jail for saying things in a sworn statement that you shouldn’t say.

Don’t do this alone, at home, at your kitchen table. You get legal advice. You hire legal counsel. And, you make this thing effective and you tell the whole story so that the prosecutor no longer has just the cop’s word and what’s in the police report to go on. They have a bigger picture and when they have the bigger picture it’s like watching a movie and then at the end of the movie–at the end of The Sixth Sense– it’s like “Oh, this guy was a ghost.” I hope that didn’t spoil it for you.

But, you want to spoil it for the prosecutors. That’s what you want to do. And, you can’t do that without having some legal intelligence going under that drop charge affidavit and making it right, making it look good for it’s legal purpose.