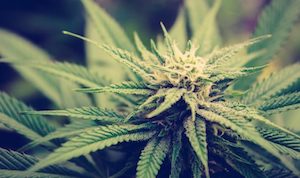 I have a lot of clients arrested here in Orlando on Possession of Cannabis charges, and they’re just itching for Florida to decriminalize weed. Actually, I have a few Orlando clients who have gone through the trouble of getting a prescription for weed in the State of California. One client was able to fly into California early in the morning, obtain a valid driver’s license by lunch, get a medical marijuana prescription by 3pm, and he was legally smoking by dinner time.

States that do not have legalized marijuana (such as Florida) are shown to have much higher abuse rates of more dangerous pain medications ((See “Marijuana and Medicine: Assessing the Science Base, National Academy of Sciences, Institute of Medicine 1999, pages 737-747). We have a pill problem in Florida, decriminalization of weed would help our pill addicted population. If more citizens “in pain” could use marijuana–instead of oxycodone / hydrocodone / etc–maybe our prisons would have fewer drug addicts serving ridiculous mandatory minimums on pill trafficking charges. Those tax dollars could be used on health care, education, etc etc etc. What a concept….

With legalized marijuana, there would be no searches of citizens due to the “odor of cannabis”, as that odor would now have a legal foundation. Of course, this would lead to far fewer arrests in Orange County, leaving the police force to deal with more important crimes.

In my 18+ years of criminal defense work, I have handled a zillion domestic violence battery cases. And, I know this isn’t a scientific study here, but none of these domestic violence cases involved weed–most of them involved alcohol. It seems to me that violence within the home is often magnified or ignited by alcohol. The point here is that my experience with criminal defendants is that weed does not lead to a DUI with serious bodily injury, or a domestic violence charge. The only crime created by marijuana is a possession charge.

Basically, decriminalizing marijuana would cause an across the board pay cut to most of us in the criminal defense service industry. That would be bad, sure, but it’s the right thing to do. That being said, since when has “doing the right thing” ever caused a legislature to act?