Dismissal of Oxycodone Case With the Prescription Defense 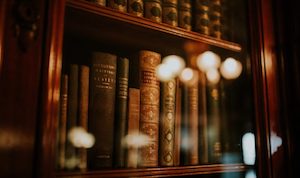 Central Florida has it’s fair share of oxycodone cases, in part due to our abundant pain management clinics in town dispensing oxycodone scripts seven days a week. Arrests for trafficking in oxycodone are abundant in Seminole County (even more than Orlando, it seems), because police agencies have set up undercover operations in the parking lots of Walgreens and CVS stores in an attempt to witness drug sales. Are people dumb enough to exchange drugs in the parking lot of a Walgreens? I guess so, because one Seminole County police department has made over 160 such parking lot arrests.

Under Florida law, many of us with elder parents may have been guilty of possessing a controlled prescription drug when our sick parents were unable to pick up the medication themselves. I’ve done it. So, where do the courts draw the line in allowing someone other than the prescription holder to possess a prescription drug?

This issue was recently addressed in State of Florida v. Latona, 75 So.3d 394 (Fla. 5th DCA 2011), where Latona filed a motion to dismiss her charges based upon the “prescription defense”, and her trial court granted the motion, but the state appealed. Basically, the prescription defense permits a prescription holder to allow another person to hold their medications on his/her behalf.

Latona was pulled over for a traffic stop, and a subsequent search revealed three pill bottles full of oxycodone, but Latona did not have a prescription. The bottles were lawfully prescribed to an “H.H.”. Latona had full power of attorney to conduct all the affairs of “H.H.”, and Latona’s motion to dismiss included a copy of the power of attorney.

The appeals court agreed with Latona (thank God!), the case was rightfully dismissed by the trial court because–even though Latona did not have a prescription for oxycodone–she had a right to possess it under the prescription defense. Prescription drug cases just got a little tougher to prove in the State of Florida, and that’s a good thing, because Big Pharma shows no signs of slowing down the creation of new drugs. It’s nice to know I can still pick up my mom’s meds at Walgreens!