Disorderly intoxication or disorderly conduct are basically the same thing and either way, it’s a bogus charge. The cops, really, just don’t know what to do with you. Maybe you wouldn’t leave somewhere, maybe you were being loud and obnoxious. Rather than work it out they just assume, put some handcuffs on you and take you to jail. That’s unfortunate.

But the good news is we can fix these cases. We can get these things dismissed. Now, the most common way that we get something like this dismissed, is, when you look at the statute, which it is super boring so I don’t think you really want to look at it–but it says, you’re guilty of disorderly intoxication or disorderly conduct if you corrupt the public morals. 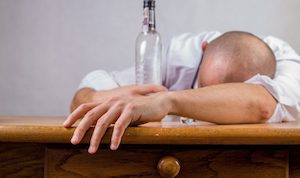 Well the problem is, who is the “public” here? Ninety nine percent of these cases wind up listing only the cops as the witnesses against you on a disorderly conduct. Guess what? The cops are not considered the “public”. You cannot corrupt the cops. You have to have, to prove this case, the prosecutors must show up with some witnesses from the bar, from the restaurant, from the resort, hotel. There must be some witnesses that saw you corrupting the public morals. If all they have are police officers we lawyers can get this thing thrown out of court.

These cases are beatable, we can get them dismissed. They are a little more top heavy, legal heavy than they may look. You don’t want something like this on your record. People see a background check of you and you’ve got a disorderly conduct and it just screams drama, problems. You don’t need that. You want this dismissed. You want this erased.

The way to do that is to grab yourself a good local attorney and let them go to work on this and watch it disappear. Good Luck.