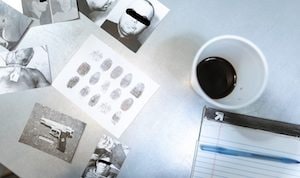 In court, we have witnesses swear to tell the truth, yet scientific evidence seems to be the new god of the courtroom. For example, the urban myth of fingerprints would have juries believing that fingerprint analysis constitutes some sort of scientific evidence that proves–beyond any reasonable doubt–any print “matching” a defendant’s print means that the defendant possessed that item (be it drugs, a firearm, knife, whatever). For those of you willing to take a peak behind the veil, you’ll find that fingerprint evidence is merely a sloppy statistical smoke screen whose “science” is monopolized by the law enforcement. (click on my article entitled Fingerprint Experts Shouldn’t Make Claims They Can’t Support for further fingerprint info). DNA has its own scientific problems, but today’s topic is not my usual attack on how scientific evidence is used in our Florida courtrooms. Today we’ll discuss how to work around seemingly damning DNA results. Let’s take a look at a real life example of how a DNA match can still be a losing case.

In Miller v. State, 107 So.3d 498 (Fla. 2d 2013), Miller was convicted of possession of a firearm by a convicted felon. As you might expect, this charge essentially requires that (1) Miller be a convicted felon, and (2) that he be in possession of a firearm. Now, we’ve had lengthy discussions of what “possession” means, so now is not the time to rehash that analysis. But, for brevity’s sake, we know that possession comes in two flavors–actual or constructive. In Miller’s case, the firearm was not found in his pocket or hand (actual possession), but rather, it was found in between a mattress in his apartment (constructive possession, meaning not in your hand or pockets).

The timeline on this is important, so here’s the breakdown:

April 24, 2008 — Miller was a convicted felon (thus, its illegal to possess a firearm, just in case you didn’t know that already…);

March 1, 2009 — Miller moved into a two bedroom apartment with his sister;

May 12, 2009 — police conducted a search of Miller’s apartment, and discovered a firearm in between his sister’s mattress in her bedroom (not Miller’s bedroom).

So, after finding the gun, the police sent the firearm off to an expensive lab for DNA testing. Now, you would think that our government has better things to do with their (our) money than run DNA tests on guns found in between mattresses–but the cops were on a mission here–so why let a few thousand tax payer dollars stand in the way? As you can probably guess, the DNA testing revealed Miller’s DNA on the hand grip of the gun. Ouch. At this point, the prosecution pretty much thinks their case is invincible, trust me.

At trial, the DNA lab director testified that Miller was probably the last person to have touched the firearm. “Probably” is the key term here. But, timing is everything. Could the prosecution prove “when” Miller touched the handgun? Again, the director of the DNA lab noted that “there was no way to determine from the existence of the DNA itself when the DNA was deposited or how long it had been on the gun.” Id. at 499. The State claimed that, because Miller and his sister moved into the apartment on March 1, 2009, the jury could infer that he possessed the gun after April 24, 2008.

Fortunately, the appeals court did not agree, finding that:

“[o]n the issue of constructive possession, the State had to prove beyond a reasonable doubt that Miller knew of the presence of the gun and had the ability to exercise control over it….because the apartment was jointly occupied and the gun was not in plain view, Miller’s knowledge of and control over the gun could not be inferred…but instead had to be established by independent proof….Here, the State failed to meet this burden. The gun was found hidden between a mattress and box spring in the bedroom occupied by Miller’s sister…While the State presented DNA evidence that established that Miller had touched the gun at some undetermined point in the past, it presented no evidence whatsoever to establish that Miller knew that the gun was between the mattress and box spring in his sister’s room on May 12, 2009, or that he had the ability to exercise any control over the gun at that time.” Id at 500-501. [Internal citations omitted]

So, Miller’s conviction was thrown out by the appeals court. As a practical matter, would this issue have been packaged up as a Motion to Dismiss? In part, that depends upon which motion to dismiss defense counsel decides to file. If it’s a (c)(4) motion (sorry for the techie talk), that motion requires someone to swear to the facts of the motion. In this case, maybe Miller’s sister could have sworn to the fact that she placed the gun in the mattress and Miller hadn’t touched the gun since before April 24, 2008. Or, it may have been possible to have Miller’s DNA expert (if he had one) swear in the (c)(4) motion that his analysis indicates that the DNA evidence cannot place the time of Miller’s touching of the DNA. Without knowing “when” he left his DNA on the gun, the State is left with a “circumstantial” case that cannot be proven.