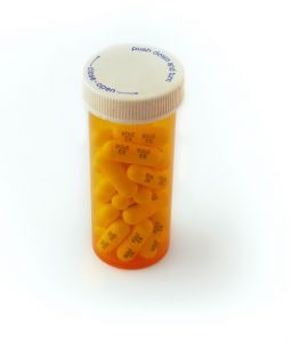 In case you haven’t watched the news in the past several years–Orlando is a hot bed for prescription drug abuse. Actually, it’s not just Orlando, it’s also most of neighboring Seminole County. And, where ever you find the abuse of drugs like oxycodone and xanax, you’re going to find trafficking arrests to go right along with it. In the end, it’s not just trafficking charges that addicts end up with, it’s also doctor shopping charges. The end result here is that folks who are addicted to Big Pharma’s prescription medications wind up with both a trafficking charge and a doctor shopping charge.

The answer is tricky, but our Florida courts examined this exact issue in Wagner v. State, 2012 WL 75107 (Fla. 4th DCA 2012). Wagner was convicted of trafficking in Oxycodone, possession of Xanax, withholding information from a practitioner (doctor shopping), and two counts of obtaining Oxycodone and Xanax by fraud. It was alleged that Wagner intended to sell the excess prescription drugs, so an undercover sting was conducted in which Wagner showed up to make the deal ans she was consequently arrested.

See that phrase “for a lawful purpose”? Where did that come from? It’s NOT in the Florida statutes. We know that Wagner’s offer to sell his oxycodone was not a lawful purpose (he’s not a Big Pharmaceutical company, or a pharmacist). The court reasoned that “Wagner’s subsequent decision to sell the contents of his prescription did not affect the validity of the prescription. As such, the trial court’s jury instruction misstated the law, misled the jury, and negated Wagner’s only defense.” Id.

There you have it. Another win for the good guys. In the meantime, let’s hope that our legislature will do something meaningful with their time, and get these pill addicts some help for their addiction–rather than more and more criminal statutes designed to put them in prison. As a taxpayer, it’s the least expensive way to handle addiction. Prison is expensive. And, as a bonus, drug treatment the morally correct thing to do. Of course, such logic has never made it into the legislature, but if enough of us wake up and smell the tax dollars leaving education–and heading to the Department of Corrections–maybe someone will make some changes. I’m done preaching now…..