Criminal Defense
Since 1993
Contact Us Now For a Free Consultation
Home
Articles
Don’t Have $35? How About an Arrest for Failure to Register as a Sex Offender?

Don’t Have $35? How About an Arrest for Failure to Register as a Sex Offender? 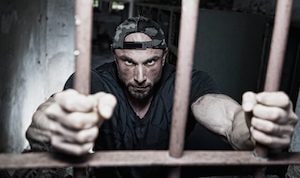 Forgive me for stating the obvious, but a criminal record will hurt your employment opportunities. A petit theft charge, for example, will limit job opportunities in retail stores because most retail stores suffer the majority of their losses at the hands of their employees–so these stores prefer to hire someone with a record of driving on a suspended license or marijuana possession, rather than theft.

And, while theft charges can put a dent in things, being a sex offender absolutely crushes any hope of ever being employed again. Period. Not a dishwasher (not that there’s anything wrong with that). Not flipping burgers, rolling burritos–nothing. Not only can sex offenders not find employment (double negative? Maybe not), good luck finding a place to live that isn’t within a 1000 feet of a school or playground. I’ve seen city’s set up playgrounds just to drive out sex offenders–so much for liberty and freedom to travel.

It should come as no surprise that the bleak employment prospects of sex offenders also translate into a life of living under bridges, and having no money (redundant, I know). To add insult to injury, when a sex offender moves from sleeping under one bridge to sleeping under another bridge, this change of address requires government intervention. You anti-government folks (me?) should be jumping up and down when the government tacks on requirements to a citizens’ movements once they’ve completed their prison time and probation.

So, a sex offender is required to do two things within 48 hours of any sort of overnight movements. First, Florida Statute 943.0435 requires the offender to register his change of address with the local sheriff’s office. The sheriff’s office will photograph the offender, take down the new address, and take fingerprints. Now, when I say change of address, I don’t mean the kind of change of address that we free citizens think of. For example, this past weekend my significant other and I drove down to Cedar Key for several days. That trip to Cedar Key would be a “temporary change of address” requiring fingerprints, new pictures, the whole nine yards in both locations–the place that I’m leaving and Cedar Key. Sounds un-American, right? All of this for folks that have already paid their debt to society, served their prison time, served their probation time, and served their Jimmy Ryce Act involuntary hospitalization for treatment (many of my clients who have endured being Jimmy Ryce’d find it worse than prison, but that’s a story for another day).

[PHOTO: I took this shot in St. Croix, just over a year ago, it’s one of the many places I imagine my self sitting there and doing nothing]

The second thing an offender must do after “changing his address” is report to the DHSMV to update or renew the driver’s license or identification card indicating the offender’s “new” address. Mind you, this new driver’s license states “SEX OFFENDER” on it in bold letters, just in case FDLE’s sex offender website hasn’t reached enough people. Look, if they could tattoo some sort of marking on an offender’s forehead, they’d do it. But, as you will soon see, this DHSMV requirement contains the main problem with Section 943.00435’s reporting requirements, because the DHSMV requires the sex offender to pay $35 for each location update. Failure to comply will get you arrested on a charge of failure to register as a sex offender; a felony of the third degree, punishable by up to five years in prison. Many sex offenders have no job, no place to live, and hence, no money to obtain a new ID every time the police kick them out from under one bridge to head to the next one. And, with this long intro, we will now get into the case of the day.

In Eveland v. State, a sex offender finally challenged this ridiculous reporting scheme. 39 F.L.W. D1383 (2d DCA 2014). Eveland was arrested for failure of a sexual offender to report, in violation of section 943.0435(9), and his criminal defense attorney filed a Motion to Dismiss the charge because Eveland shouldn’t be arrested for not having enough money to pay the DHSMV after already registering with the sheriff’s office. The trial court denied the Motion to Dismiss, thus we have this appeal to discuss. Here’s what happened.

Eveland established his inability to pay the $35 registration fee by explaining to the court how it is that he is able to survive. For food, thank God for the good people at Metropolitan Ministries, as they supplied Eveland with food. For shelter, a bit of praise should go out to the good people at Good Samaritan, they provided Eveland a place to live. Eveland was required by statute to purchase his new identification card on October 11, 2012, but he could not afford to do so. Over a month later, his father agreed to give him the $35 necessary to do it, but he then became hospitalized for five days. Three days after his release from the hospital, he was arrested on this offense. The trial court denied the motion to dismiss, with the following logic: “(i) Mr. Eveland was able bodied to work as a day laborer, noting that he had been employed as a day laborer in January of 2012; (ii) after his release, he did not make ‘sufficient efforts’ to work so as to obtain funds which could be used to pay for the identification card; and (iii) in late November, he received $35 from his father. The court concluded that Mr. Eveland had not shown that he had made reasonable efforts to pay but could not do so through no fault of his own.” Id.

There are plenty of problems with the logic of the trial court, none of which were addressed by the appeals court. First of all, notice that the trial court found that Eveland “did not make sufficient efforts to work“? This is America, land of the free, right? Who says you “must” work? Who says you must make “sufficient efforts” to work? Sure, if you want some benefits, you should work. Sure, if you own a piece of land, the government can require you to pay taxes. Sure, if you drive a car, the government can require a fee for the privilege of driving on the government’s roadways. But, absent the Universal Health Care Act, there’s been nothing in the history of this country that would require a citizen to pay anything at all. You shouldn’t tell people they are free to travel, free to move about, free free free–but–you must pay fee after fee after fee. A sex offender is required to make efforts to become employed so that he can pay all the fees necessary to track his movements. If the government wants to track an offender’s movements, they should foot the bill, it’s just that simple. To make someone pay a fee for the rest of their life after they have paid their debt to society seems unconstitutional to me (but that’s a topic for a much longer article down the road, if ever).

Thankfully, the appellate court overturned Eveland’s conviction, reasoning that the State did not establish that “Mr. Eveland had the financial ability to pay the cost of the identification card during the relevant forty-eight-hour period”. Id. This is the right decision by the appeals court, but there’s so much wrong about this law, I wish the court would have spelled out a more detailed reversal.