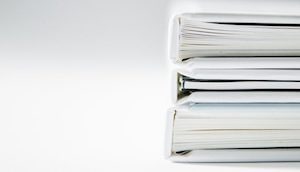 It’s happened to all of us Floridians at one time or another. We open our mailbox, expecting junk mail and bills–and we get a gift from the city of Orlando in the form of a traffic ticket from a red light camera. Did we run the traffic light? Probably. Maybe. Well, who knows who was driving my car that night? It’s bad enough that we have more laws created than we know what to do with. It’s bad enough that our government passes 2,500 page laws that no one has read. But to make matters worse, the government is now using cameras and drones to enforce the laws.

Now, it’s come to be an accepted fact of life that our government conveniently exempts itself from it’s very own legislation. Example #1 of A Zillion: insider trading is legal for Congressional family members. Yep. Congressional spouses and family members are legally permitted to conduct “insider trading” based upon information provided to them by their Congressional spouse, even though it would be illegal for the rest of us to trade on such insider information. Say, for example, a Senator knows she’s passing a bill that would harm/benefit a certain industry, it’s legal for the Senator’s spouse to invest accordingly–before the information becomes public. But, if that same Senator tells me that very same information and I conduct the very same trade–I’m going to jail for insider trading, Martha Stewart style.

But Congress is not the only government entity that doesn’t like to be treated like the rest of us. The same can be said of the U.S. Post Office, or at least in the city of east Cleveland Ohio. Seems like their postal workers have racked up quite a bill on the local red light cameras (and speeding cameras as well, something we don’t have in Orlando, yet). When presented with seven separate citations, the Post Office claimed that they don’t have to follow the traffic laws like us mere mortals, they claim they are immune.

According to a letter from Postal Service attorney Jennifer S. Breslin, in an attempt to get the traffic infractions dismissed, she writes “In providing mail service across the country, the Postal Service attempts to work within local and state laws and regulations, when feasible…”, Breslin goes on to say, “However, as you are probably aware, the Postal Service enjoys federal immunity from state and local regulation….”

Postal carriers enjoy federal immunity? Huh? So, now your local letter carrier is suddenly afforded the same rights as an ambassador from another country? Nice. Look, this sort of attitude from the Federal government does not surprise me. Apparently, American Traffic Solutions (ATS), the Arizona-based company that enforces East Cleveland’s camera citations, was amused by the Federal government’s response to the citations. They fired back with a witty 3-page response : “By attempting to hide behind an immunity claim, you are aiding and abetting your drivers in their blatant disregard for the traffic laws in East Cleveland, which have endangered other drivers, pedestrians and school children,” said ATS attorney George Hittner.

Hittner also cited examples of letter carriers not enjoying their elevated status of immunity. “My last and favorite example is of the USPS truck driver delivering mail while naked,” wrote Hittner. “He was arrested for lewd and lascivious behavior.” According Ms. Breslin, the next time you get pulled over you could always use the old saying “Do you know who I am, I’m a postal carrier and immune to your laws! You could also try “I work within the laws when ‘feasible’ officer”.

Basically, our government is creating so many laws, and now using cameras and drones to enforce them, that even the government itself is starting to complain. Don’t you love it? As said by Ayn Rand, “The only power any government has is the power to crack down on criminals. Well, when there aren’t enough criminals one makes them. One declares so many things to be a crime that it becomes impossible for men to live without breaking the laws.”