Driving While License Suspended Without Ever Having a License 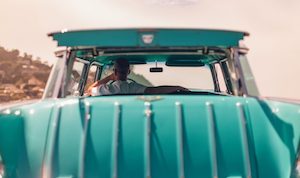 One of the cool things about criminal law is that our evidence, disputes, and analysis are open to the public. All of our disagreements at motion hearings and trials are open to the public. If an “expert” claims that XYZ is true, that expert will be subject to cross-examination, and he or she must answer the opposing side’s questions (redundant, I know). This is not true of science. What we think of as “scientific truth” is subject to the whims of those who decide what will be published and who should be awarded research money. The culture of science discourages dissent, so science typically doesn’t advance based on honest debates about the evidence, but rather, “science advances one funeral at a time” (Max Planck). Dr. Henry Bauer, Professor Emeritus of Chemistry & Science at Virginia Tech, explains that for many “scientific truths”, “there are perfectly competent and well informed scientist who disagree on the basis of good evidence with what everyone else believes, and that this evidence and the arguments offered by these dissenters is simply ignored by their supposed peers, who seek to enforce an orthodoxy instead of assessing all the evidence with an open mind.” Bauer, Henry “Dogmatism in Science and Medicine”

The criminal court system is far more intellectually honest than much of the scientific community. Criminal justice issues are subject to cross examination in a public forum, now, try getting a scientist to defend their views in a public and most will only show up if the opposition still believes the earth is flat. In criminal law, when several judges disagree, sometimes the Supreme Court will step in to resolve the dispute, and the entire process is open to the public. Every piece of evidence, every appellate brief, every oral argument. So today, we’re going to examine one of many disagreements percolating in Florida’s criminal courts regarding the popular criminal charge of driving while license suspended or revoked (DWLS).

At first glance, an arrest for driving while license suspended implies that the citizen at one time possessed a valid driver’s license that has since been suspended or revoked. But many folks in Florida have never had a driver’s license to begin with, and yet they still end up getting arrested for driving on their suspended (nonexistent) license. Should a person who has never had a license be convicted of driving on a suspended license? Florida courts disagree on this issue, so let’s begin the analysis with a (bad) case out of the Second District Court of Appeals, Carroll v. State, 761 So. 2d 417 (Fla. 2nd DCA 2000).

Carroll was convicted of driving while license suspended, but appealed the conviction on the basis that he never had a valid license. Carroll’s license was suspended for five years as a Habitual Traffic Offender. The crime of DWLS found in Chapter 322.34 of the Florida Statutes indicates that “any person whose driver’s license has been revoked pursuant to s. 322.264 (habitual offender) and who drives any motor vehicle upon the highways of this state while such license is revoked is guilty of a felony of the third degree“. Id. at 418 (emphasis added). Did you read anything in there about a person who has never had a driver’s license? I didn’t either, but the State’s logic goes something like this: the plain language of the statute clearly indicates “driver’s license”, but the legislature really meant “driving privilege”, because they use these terms interchangeably in certain parts of the statutes.

The appellate court found the state’s legislative intent argument persuasive, and ruled that “given the above interchangeable use of the terms in the statute, we must conclude that the legislature intended the terms “driving privilege” and “driver’s license” to mean the same thing and to apply equally to either situation. Consequently, as applied to appellant, we must conclude that his lack of a driver’s license did not relieve him from conviction as a habitual traffic offender whose driver’s license (driving privilege) had been revoked or suspended.” Id. at 419.

Not every court out there feels it is their job to re-write a statute by adding words the legislature must have “intended”. Our second case of the day is Crain v. State, 79 So. 3d 118 (Fla. 1st DCA 2012). Same facts as Carroll, and Crain was convicted of the same crime as Carroll, but the court arrived at a different conclusion. The Crain court’s analysis pointed out that “Section 322.34(5), . . . . does not outlaw driving by drivers never issued a license to drive. Another provision, section 322.03(1), Florida Statutes (2009), proscribes driving without a valid driver’s license: “Except as otherwise authorized in this chapter, a person may not drive any motor vehicle upon a highway in this state unless such person has a valid driver’s license issued under this chapter.” Driving without a valid license is a second-degree misdemeanor. See § 322.39, Fla. Stat. (2009)”. Id. at 120. So, the First DCA didn’t buy the legislative intent argument found in Carroll, especially given the fact that the legislature already drafted and passed a law that punishes folks driving who have never had a license. As such, the court vacated “Mr. Crain’s conviction as a habitual traffic offender for driving while his (nonexistent) license was revoked, and adjudicate[d] him guilty of the lesser included offense of driving without a valid driver’s license. See Section 924.34, Fla. Stat. (2009).” Id. at 122.

Unfortunately, my local Fifth District Court of Appeals agrees with the Carroll decision, and this agreement can be found in Stete v. Bletcher, 763 So. 2d 1277 (Fla. 5th DCA 2000)