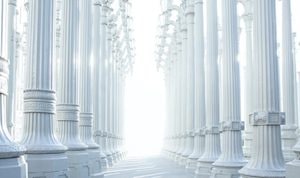 “We’ll see how smart you are when the K-9’s come,
I got 99 problems but a bitch ain’t one”…. Jay Z
Yes, Orlando traffic stops are often delayed for the drug dogs arrival. And, isn’t it amazing at how often these drugs “alert” to the presence of drugs in a vehicle? Well, just because a dog alerts on a vehicle for cocaine or cannabis doesn’t mean that there is, actually, drugs in the car. Because, the dog may simply be smelling either a substance that “was” in the car but has been removed, or the dog may be smelling a drug that is present in the vehicle in such small quantities that it will never be found. So, how do the court’s handle a drug dogs accuracy?

The Second District Court of Appeals recently handed down a landmark decision on drug dogs, in Wiggs v. State, 2001 WL 3300139 (Fla. 2nd DCA, August 3, 2011). Wiggs was stopped for a traffic infraction when a drug-detection dog alerted on his car. A search resulted, and cocaine was found. Wiggs pled to possession of cocaine with intent to sell or deliver, but appealed the search of his vehicle.

At issue in this case was solely the reliability of drug dog “Zuul”. Wiggs’ attorneys uncovered Zuul’s track record, and found that he sniffed 17 cars over a four month period, alerting for the presence of drugs in fourteen of those 17 vehicles. The problem is, ten of those vehicles did NOT contain drugs! Now, evidence was shown that Zuul was properly trained and certified, and part of that process requires 75% accuracy. But the court was not impressed by the certification record, it was the dog’s real life track record of recent that was the problem.

The court overturned Wiggs‘ conviction for possession of cocaine with intent, noting that “Based solely on the number of sniffs in which Zuul’s alerts uncovered narcodics, Zuul’s field accuracy rate if four out of fourteen, or approximately 29 percent. This accuracy rate is clearly insufficient to establish reliability, that is, a fair probability that drugs would be found in a vehicle following an alert.” Id.

Of course, the State attempted to bolster Zuul’s track record by noting that the several of the vehicles in which drugs were not found actually had a “drug history”. Fortunately, the court didn’t buy that argument. This line of reasoning was commented on separately by Judge Alternbernd, who stated that “in fairness to Zuul, his strength is also his weakness. It seems obvious that Zuul is alerting on residual drugs that do not lead to the discovery of arrestable quantities of drugs. It is not that Zuul is alerting when there are no drugs to smell; he is alerting to molecules of drugs left behind in vehicles where drugs have been used or transported. Thus, in Harris, the court is requiring that law enforcement train dogs to distinguish between the odor of minute quantities of drugs and larger quantities of drugs. If that cannot be done for a particular drug, it seems we will need to abandon dogs as a method of obtaining probable cause for that drug.”

So, is there a particular accuracy percentage in which a drug dog must perform, otherwise that dog cannot provide probable cause to search a vehicle? Not yet, though 29% accuracy was too low in this case. Judge Altenbernd seems to indicate that accuracy percentages for dogs are not a good idea, reasoning that if a drug dog is “sniffing for explosives at the entrance to an international airport, I would surely hope that a 36 percent accuracy rate would support a search.” Hum…