Criminal Defense
Since 1993
Contact Us Now For a Free Consultation
Home
Articles
Drugs Were Found in My Car, But They Were My Passengers’…

Drugs Were Found in My Car, But They Were My Passengers’… 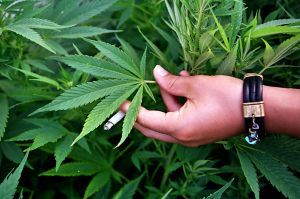 “The drugs in my car were the passenger’s, not mine.” Good news, I believe you. Better news, this is a great case! The scenario here is a common one in Orlando: cops stop a vehicle for illegal tint/loud stereo/etc, and much to their surprise, drugs are found in the car. There are many factors that come into play in an Orlando drug possession case, but it’s safe to say these cases are difficult to prove. The reason? It comes down to the most issue in a vehicular drug possession case: How many people were in the car? For purposes of this discussion, let’s assume several people were in the car at the time drugs were found. Several people in the car means it was ‘jointly occupied’, and as such this is a “constructive possession”. That’s good news for the defendant, here’s why.

In a constructive possession case, the State must prove three elements to convict: “(1) the accused’s dominion and control over the contraband; (2) the accused’s knowledge that the contraband is within his or her presence; and (3) the accused’s knowledge of the illicit nature of the contraband.” J.S.M. v. State, 944 So.2d 1143, 1144 (Fla. 2d DCA 2006). Convictions are rare, as a practical matter, in a constructive possession case because it is almost impossible for the State to prove all the elements in a jointly occupied vehicle unless a defendant makes post-Miranda admissions (this is another reason why I keep telling clients to shut up…). It’s tough to prove because, where a jointly-occupied vehicle is involved, knowledge and ability to control the contraband may not be inferred. See K.D.G. v. State, 720 So.2d 281 (Fla. 2nd DCA 1998); Lopez v. State, 711 So.2d 563 (Fla. 2nd DCA 1998).

Let’s briefly break down which elements are easy to prove, and which element makes this case almost impossible to prove. Regarding elements 2 & 3 (knowledge the drugs are present & knowledge that ‘drugs are bad’), having the drugs found in ‘plain view’ is all that’s required in most situations. The 4th DCA decided such in Martoral v. State, 946 So.2d 1240 (Fla. 4th DCA 2007), where it was held that the knowledge element was satisfied where marijuana was on the dash board of the vehicle in plain view of driver and passenger. “The fact that the drugs were openly within appellant’s line of sight is evidence from which appellant’s knowledge of the presence of the marijuana may be inferred.” Id.