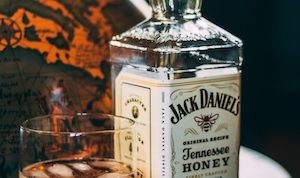 Self-help is everywhere. But, which approach works best?

At the risk of oversimplifying things, self-help falls into two categories. For some, the focus is on thoughts. Change your thinking, change your life. Flooding your mind with positive thinking will, theoretically, lead to positive outcomes (there’s some physics behind this, believe it or not). I’ve run my own experiment, contemplating the positive that would come out of winning the lottery. I’m sad to report that my positive thinking has had no impact as of yet.

Some self-help folks shy away from positive thinking, and believe that emptying our brains of its constant chatter helps improve things greatly (monks chanting prayers, meditation, and so forth). I’ve tried this too, with mixed results (my prayers seem to work, but I haven’t prayed to win the lottery…).

For every Ying, there’s a Yang. There are also self-help programs that believe changing your thoughts is useless. A waste of time. For them, change only comes with action. Change what you “do”, and you’ll change who you “are”.

Is it our actions that change us, or our thoughts? Well, it’s probably both, working together in some vicious cycle I’m unqualified to discuss much further. But I will say this: sometimes, the best way to help yourself is to “not” do something. Most of my clients could have helped themselves greatly, had they just not confessed to the cops. Or, had they just refrained from doing something illegal. Shocking, I know.

We Americans have a privilege against incriminating ourselves. This privilege against self-incrimination is found in the Fifth Amendment, and you’ve probably heard Miranda Warnings on cop shows where folks are being told that they have a right to remain silent because if they talk–it will be used against them.

So, we all know that we can’t be forced to talk to the police. But, are there other things that the police could force us to do that may tend to incriminate us? For example, if the police find a phone that they think has incriminating evidence on it, can the government force a citizen to reveal the password? (for more on this, check out my article “Cellphone Passcode No Longer Protected by Fifth Amendment“)

Driving Under the Influence cases are an interesting study on self-incrimination. If an officer suspects drunk driving, the officer can request the driver blow into an breathalyzer. Isn’t this request to blow into a machine, at its heart, asking a citizen to incriminate himself? Recently, the Georgia Supreme Court asked if citizens are protected from being forced to give not just testimony, but protected “from being forced to perform acts that generate incriminating evidence.” Olevik v. The State.

As a general rule, Georgia’s constitution is far more protective of its citizens than the United States Constitution (5th Amendment), noting that the Fifth Amendment leans toward protecting testimony only, whereas the Georgia Constitution protects “actions” which may incriminate a citizen. As far back as 1879, the court ruled on the case of Day v. State, holding that a citizen could not be forced to place his foot in certain footprints located near a crime scene to see if they matched the suspect’s footprints. Olevik.

How does a right against self-incrimination creep into a DUI case?

Let’s rewind. Before a driver blows into a breathalyzer, he is told a story. The officer requesting the breath test tells the driver: “State law requires you to submit to state administered chemical tests of your blood, breath, urine for the purpose of determining if you are under the influence of alcohol or drugs. If you refuse this testing, your driver’s license will be suspended for a minimum period of one year. Your refusal to submit to that required testing may be offered into evidence against you at trial. Will you submit to the test?” [this is called “implied consent”]

The above question has quite a lengthy, problematic legal history, and its about to get very confusing because the Georgia Supreme Court held that its citizens cannot be forced to blow into a breathalyzer, holding that “breathing deep lung air into a breathalyzer is a self-incriminating act that [the Georgia Constitution] prevents the State from compelling.” id.

Wait a second. The cop is telling me that “State law requires me to submit to a state administered chemical test”, but the constitution says I don’t have to perform an act that might incriminate me. Confusing, right?

Standing there while the government takes your picture isn’t really an “act.” Standing there while the government removes bloody clothes isn’t really an “act”. As such, these are permissible. But, a breath test is different as it requires unnatural breathing. It requires deep lung breath, and “a suspect has to blow sufficient volume to get the deep, inner-lung breath” and this “requires the cooperation of the person being tested because a suspect must blow deeply into a breathalyzer for several seconds in order to produce an adequate sample . . . . merely breathing normally is not sufficient.”

In other words, if breathalyzer technology advances to where it can sample “normal breathing” and no longer require deep breaths, there wouldn’t be a “compelled act”–everybody’s got to breath, right? The Court reasoned that “if the State sought to capture and test a person’s naturally exhaled breath, this might well be a different case. But this is not how a breath test is performed. Sustained strong blowing into a machine for several seconds requires a suspect to breathe unnaturally for the purpose of generating evidence against himself.” id. [emphasis added]