Let me tell you what the DUI program is all about. Of course this has to be your first DUI. They divide this program up into two “tiers”. They’re not going to drop your DUI as part of this first offender program in Seminole County. But, they are going to reduce the charge to a reckless driving, what we call a “reckless driving alcohol related”. 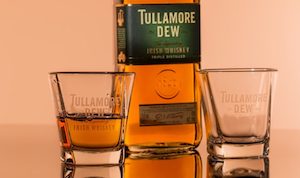 Tier Two is the upgrade, its not 6 months probation like Tier One, its going to be 9 months probation. So, Tier Two is for the people that blew over a 0.15 or for the people that refused. You’re going to get 9 months of probation but you’re still going to get your DUI reduced to a reckless driving, you’re still getting your withhold of adjudication, you still have to do the DUI school, the victim awareness program, and you’ve got to do 50 hours of community service, not 20. You still have the same amount of fines and miscellaneous costs.

They’re also going to add to the Tier Two guys and gals a 10 day vehicle impoundment or immobilization. That means your car gets a boot on it for 10 days. Or, that means you take your car to a nasty tow lot for 10 days. However you want to do it, you’re going to be without that DUI car for 10 days. You can still drive for those 10 days, you just have to borrow a friend’s car, or rent a car, but you’re not driving the car that you got the DUI in.

Something else to think about. The beauty of Seminole County’s first time DUI program–you’re getting a withhold. No conviction on your record for reckless driving, no points on your record for reckless driving. And, we get to step in at the end of probation and erase the whole thing like it didn’t even happen. We call that a sealing, and this case qualifies for sealing so that’s a beautiful thing.