Driving under the influence here in Central Florida, you’ve heard this so it’s probably boring by now “Gee, its such a serious crime” or “Oh my gosh, its so expensive”, blah blah blah. I’m not here to scare you, you can look around and be scared on your own.

Really, I think this thing could work out for you and there are a lot of good things that can happen in a DUI case. So, don’t get down in the dumps just yet on this thing. There are ways to fix a DUI. 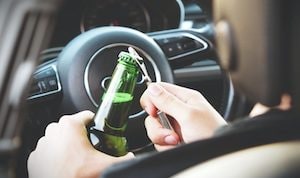 Some DUI’s get dismissed. Some get thrown out by the judge. There are diversion programs where the state will dump it on their own, you just have to jump through some hoops. There are some positive things happening on DUI cases, you just got to get, well, I know this is a little bit self serving–and you are watching an attorney video after all–but you really do need an attorney to help you through this.

I don’t see these things ever ending well for folks that don’t have an attorney. So make sure you get yourself some good representation on your DUI. You also have to do this quickly, because, if you blew over a .08 and got yourself the 6 months driver’s license suspension or you refused to blow and you’ve got that one year suspension you have only ten days to figure out how you want to attack that suspension. You’ve got to get with an attorney to figure out your scheme on this.

Sometimes, we like to fight the suspension. Sometimes, we recommend that you just go in and get a hardship license for the remaining portion of the suspension. Either way, this is not something you want to figure out on your own. Let us figure this out for you. Let us do the heavy lifting on these DUI’s.