Criminal Defense
Since 1993
Contact Us Now For a Free Consultation
Home
Articles
Early Termination of Probation in Florida, the Basics

Early Termination of Probation in Florida, the Basics

Let’s run through some basics if you want to early terminate your probation. Keep these things in mind. 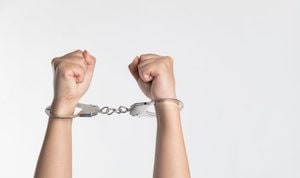 So, once you’ve got everything done, I presume you have not violated your probation before. If you have violated before and you were reinstated your chances are pretty slim that you’re going to be early termed, so I wouldn’t pay a lot of money to try and do that. Most judges won’t, but it never hurts to ask, right?

If your plea form says “NO EARLY TERM” – we’re done. We’re kicked out. It is over. You cannot get early term if your plea form has already indicated that you’re not to get it. Otherwise, if it doesn’t say that, you’re in the game.

We had Judge Conrad, he has since passed on, he was on the bench for decades and he would never early terminate probation. And, you would cringe when some private attorney got paid thousands of dollars and didn’t know this judge and got all frustrated that the motion was denied. We could have told him or her that a long time ago and their client could have saved a lot of money.

Another thing, judges want other stuff besides what we’re talking about. If your motion for early termination of probation just says “I haven’t violated,” “I’ve paid everything,” “I’ve completed everything,” and “I’m at the halfway point” – you may not get early term with some judges. Because sometimes, you’ve got to be able to tell your story.

You’ve got to say “Look judge, I have a plan for my life. I have a promotion that I can’t take until I’m off felony probation.” “I have a career path I cannot take, they won’t hire me while I’m on felony probation, so I have to work this lesser job until I’m done.” Some judges, they’ll respond to that. They’ll want to help you, and you’ve done a good job on probation so this will help you get to the next level in life. And, they’re happy to do that.