Criminal Defense
Since 1993
Contact Us Now For a Free Consultation
Home
Articles
Everything Is a Crime, and Some Crimes Are Multiple Crimes

Everything Is a Crime, and Some Crimes Are Multiple Crimes 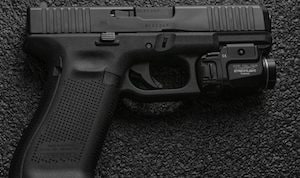 For those of you working for a big company, isn’t there always someone tucked away in some cubical who makes you wonder: What does he do all day?

Some people collect a paycheck, yet do nothing. No work gets done. Instead, they’re checking their phone all day, shopping, or whispering on the phone. Nothing wrong with any of this, it is just a matter of how much you do it. After all, “all things are poisons, it is only the dose which makes a thing poison.” (Paracelsus)

I thought he was crazy. And he was. But he did it, and it actually took some work to not work. He showed up for work every day but did absolutely nothing for several years until, like clockwork, he was fired almost exactly two years later.

So, maybe I cannot tell you what that guy on the fifth floor does all day, but I can tell you that our elected officials are busy making every crime far worse than it needs to be. Our analysis below will examine a law that permits multiple DUI convictions for the same drunk driving episode. Piling on more punishment doesn’t make our roads any safer, but that’s a story for another day.

Our case involves a court’s decision on February 19, 2020, but the crime happened back in June of 2014. It all started when a white truck collided with a scooter just after midnight. Yes, I have been on a scooter late at night, especially down in Key West. And yes, reading cases like this make me reconsider doing such things.

Anyway, the truck that hit the scooter fled the scene, and the scooter driver was seriously injured. Eventually, the police caught up with the truck driver, and eventually, that driver was convicted of both DUI causing serious bodily injury (a felony) and DUI causing property damage (a misdemeanor). The driver, Robert Velazco, appealed these convictions claiming his drunk driving incident constituted only one crime of DUI, not two. Velazco v. State, 2020 Fla. App. Lexis 2046 (Fla. 3d DCA 2020).

So, just how many DUI’s should the government be permitted to stack against you for one act of driving?

To understand Velazco’s complaint here, we need to mention the Fifth Amendment to the U.S. Constitution which states that “no person shall . . . be subject for the same offense to be twice put in jeopardy of life or limb.” We defense lawyers phrase this as follows: Velazco’s two DUI convictions ‘violate double jeopardy’. Double jeopardy is a rule prohibiting the government from convicting citizens of multiple offenses for a single criminal transaction.

That being said, how do the courts determine whether a citizen has been convicted of too many crimes for one incident?

One way to figure out whether multiple crimes should have been just one crime is to take a look at what we call the Blockburger test, and the exceptions to that found in Florida Statute 775.021(4)(b). I’m not going to bore you with the details here (too late?), but our laws will not permit two convictions for the same criminal episode if those two convictions are really just different degrees of the same offense.

But Velazco’s situation is a bit more nuanced, and we attorneys make a living off the word “nuance”. Velazco was convicted of two DUIs, one for damaging a scooter (property damage DUI), and one for injuring the scooter driver (DUI with serious bodily injury).

Velazco’s lawyers argued that his two DUI convictions were really just different degrees of the same offense, as in the grand theft example above. Unfortunately, the appellate court said these two convictions were acceptable and did not violate double jeopardy principles because the misdemeanor DUI required proof of property damage (the scooter) and the felony required proof of serious bodily injury (the person riding the scooter).

Judge Emas wrote an excellent dissent in this case, reasoning that the majority of the court got it wrong when they approved of Velazco’s two separate convictions (redundant, as I suppose all dissents basically say ‘the majority got it wrong–but for those of you unfamiliar with reading case law, this extra verbiage may have been helpful).

The principles of double jeopardy, according to Judge Emas, do not permit dual convictions for DUI property damage/bodily injury and DUI serious bodily injury, because “these two offenses are degree-variant offenses and aggravated forms of the basic DUI offense”. id. at 17

Velazco should not have been convicted of the two DUIs because, as Judge Emas points out, “DUI bodily injury/property damage and DUI serious bodily injury are ‘aggravated forms’ of the basic DUI offense . . . Double jeopardy prohibits separate convictions and sentences for these two offenses arising from a single act because . . . they are ‘offenses which are degrees of the same offense’.” id. at 20

Have I oversimplified this concept today? Of course I have, maybe to the point of being misleading–and for that, I apologize.