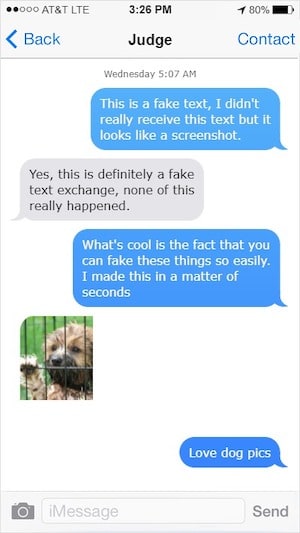 We know that people lie, but do they lie about really big things? Would someone lie about a rape? Could someone be evil enough to put a person in prison who they know did not do anything wrong?

My first encounter with the bad side of our human nature was back in 1993, when I started defending criminal cases at the Public Defender’s Office.

Here are the facts of my first (of many) eye-opening cases at the PD’s office: two male strippers were accused of rape. They lived in an apartment together and decided to take a young lady home after the show.

Around 3 am, the police showed up at their apartment and arrested both of them for rape. The alleged rape victim wrote an extensive account of her violent attack. The police gathered physical evidence from the alleged victim, including semen samples, and took pictures of the numerous marks on her body consistent with the attack.

However, when the police broke into their bedrooms and arrested them, their reaction was odd.

The men then urged the police to look behind their entertainment center, where a video camera was found. While the alleged victim was being treated medically, the police watched the video, and it did not resemble a rape, it resembled pornography.

Every moment was on video. Everyone was having a great time–you could not surgically remove the smile from her face. Until, of course, the party ended. Then the mood changed.

She asked to snuggle up, and neither was interested. She asked for a ride home, and both coldly suggested she get a cab. Finally, she asked for their phone numbers, but they refused, explaining that they bring home a different girl after each show so there was no need to repeat her performance.

After the men went to bed, the video showed her tearing up after multiple rejections, and making a phone call to her fiancé. She then explained that she had been raped, and she looked around for an envelope and gave her fiancé the address, then left the apartment.

Yes, these guys were jerks, for sure. But rapists? No.

When the police arrived, she wrote a several page description of the rape. The police explained to her that every single moment of her encounter with these men was video taped and that she needed to retract her statement, or she would be charged with filing a false police report, among other things. She refused.

Our office represented her arrest for filing a false police report. And that was my first encounter with the kind of serious lies people tell.

Gilbert permitted his 16-year-old relative to move in with him, as she was having trouble bouncing from home to home within their family. Things went well for a while; Gilbert bought her a puppy, fixed up her car for her.

But one day, they had a big argument, and the girl then tells her boyfriend that Gilbert was sexually abusing her. The boyfriend asks her to write stuff down in a journal and to gather evidence.

Gilbert was convicted of sexual activity with a child, and today, we are discussing a critical aspect of his conviction.

Screenshots are a pretty simple thing to create. And that is an evidentiary problem. You can go to http://www.iphonefaketext.com/ or https://fakedetail.com/fake-facebook-chat-generator to see how much fun it can be to create screenshots of your own. For example, I made one as the graphic for this article.

Gilbert’s whole defense was that she made this up. Her evidence involved screenshots, and you can fabricate a screenshot in 45 seconds. The defense attorney objected to the Facebook messenger screenshots because they were not authenticated in any way.

Usually, the way this works is that the prosecutors either subpoena Facebook to supply this evidence fresh from the source or have a digital forensic expert conduct a “cell phone extraction” that verifies the legitimate messages.

Can we send someone to prison based upon something so easily fabricated, without any supporting evidence?

Gilbert lost this appeal. The appellate court held that the screenshots were admissible, though they acknowledged that “neither we nor the supreme court have ruled on the proper authentication of Facebook messages, “communications” generally can be “authenticated by appearance, contents, substance, internal patterns, or their distinctive characteristics taken in conjunction with the circumstances.” Id at 5, quoting State v. Torres, 304 So. 3d 781, 784 (Fla. 4th DCA 2020).

I do not think we have seen the end of this battle to authenticate screenshots because the appellate court acknowledged that “the case law regarding authentication of electronic communications is evolving.” Id. at 783.

The appellate court got this one wrong.

It is wrong for our courts to admit screenshots without having the prosecutors do the hard work of authenticating the technology underlying the screenshot. Admittedly, we’re just popping the hood of the car and noticing that its smoking—I don’t know how to fix this, though I suspect that some sort of good old fashioned authentication would help (subpoena Facebook for business records or digital forensics of the cell phone, for starters…).