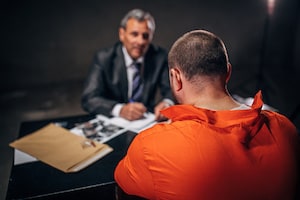 Earlier this month, Florida’s Fifth District Court of Appeals decided a trafficking case involving hydrocodone pills. Drug trafficking cases are nothing new here in Orlando, but the case of State v. Joshua Van Ens sought to overturn Florida’s harsh sentencing scheme based on a violation of due process. Florida’s trafficking laws trigger a minimum mandatory prison sentence when as little as seven (7) hydrocodone pills are possessed. Unfortunately for those concerned with freedom and the American way, Florida’s Fifth DCA decided to continue this unfair sentencing scheme in trafficking in hydrocodone cases, denying Van Ens’ appeal. Here’s why the system is so unfair, and why the Federal government abandoned such harsh sentences years ago.

In Florida, people that possess the same amount of hydrocodone are treated differently for sentencing purposes. Joshua Van Ens argued to the Florida’s Fifth DCA that this violates due process. For example, take two people–each have 3 grams of hydrocodone. If one person possessed those three grams of hydrocodone in pure powder form, that charge is a mere third degree felony called Possession of a Controlled Substance and it carries no minimum mandatory. But, let’s say the other person possesses 300 Lorecet pills. He possesses the same 3 grams of hydrocodone, but will receive a 25 year minimum mandatory prison sentence! Simply put, this is because Florida law weighs the entire pill, whereas Federal law weighs the illegal substance only. Two people, same amount of illegal drugs, but totally different outcomes under Florida law. Will it ever change?

As a bit of history, the federal government amended its sentencing guidelines in 2003, changing the way in which oxycodone is measured for federal sentencing purposes. See U.S.S.G. App. C, Vol. II, Amend. 657; United States v. Muza, 232 Fed. Appx. 934 (11th Cir. 2007) (unpublished), cert. denied, 552 U.S. 968 (2007). The amendment now requires that courts use the actual weight of the oxycodone contained within the tablet for sentencing purposes. Id. The reason for the amendment was exactly what we’re talking about here–to deal with “proportionality issues in the sentencing of oxycodone offenses.” So, you would think that Florida would take the hint, right? Wrong.

The Florida courts and legislature need to wake up and realize both how unfair the trafficking sentences are, and how much it’s costing our taxpayers to send all these people to prison. This is one instance where our federal government actually did something right. You won’t hear me say that much, so mark your calendars….