Fingerprints Not Enough to Convict 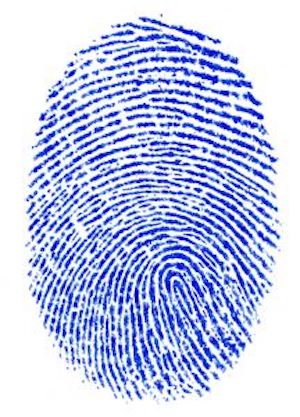 Science never seems to prove as much as prosecutors claim. Case in point: fingerprints. Yes, prosecutors make some pretty ridiculous plea offers when they have incriminating fingerprints. They get that gleam in their eye, like “Guidry, you can’t get your client out of this one–I have fingerprints!!” Oh boy, I’ve never seen such a solid case. Wow, my client must really be guilty this time, right? Wrong.

Here’s what happens when a fingerprint expert claims a print is a “match”. Your fingerprints contain 75-175 unique characteristics. When an examiner identifies 8- 12 common points of comparison—they claim they have a “match”. Now, fingerprint analysis has been around for a long time, and back in the 1920’s, Scotland Yard required a minimum of 16 points of comparison before claiming they had a “match”. To this day, there is no real scientific basis to assume that the 1920’s standard of 16 points is any better or worse than today’s 12 points, because the research on these protocols is non-existent. For more information on fingerprint analysis, check out my article “Fingerprint Experts Shouldn’t Make Claims They Can’t Support”.

So, armed with the knowledge that fingerprint evidence is not as reliable or accurate as the prosecutors would have you believe, we can delve into the case of the day, C.P.C. v. State of Florida (Fla. 5th DCA October 30, 2015, 5D14-4442). C.P.C. was convicted of burglary of a dwelling and grand theft. The facts are pretty simple. The victim’s apartment was broken into via a rear window that sits in an alleyway, a PlayStation 3 and other electronics went missing. The victim knew C.P.C., and had him over to his apartment one time, but C.P.C. was never in the area of the window in question while inside the apartment. That being said, C.P.C. did live in the same apartment complex.

The police discovered five latent fingerprints on the bottom of the window pane. Three of these prints belonged to C.P.C. There was no other evidence that C.P.C. committed this crime; no pawn tickets, no unrecorded confessions, nothing but the prints. C.P.C. testified that he would hang out with friends nearby the crime scene, and may have leaned against the window at one time.

Now, I would have challenged the admissibility of these prints, but that’s not the issue that went up on appeal. The issue on appeal involves a pretty common complaint about both DNA and fingerprints, and that is—has the state proven when these prints were left on the window? (For info on why a DNA case was dismissed for timing issues, check out my article DNA Can’t Prove Possession)

As you may have guessed by the fact that I’m writing about this case (I like it when convictions are overturned), the court threw out C.P.C.’s conviction, finding that “C.P.C.’s fingerprints may have been placed on the window before the crime took place”. Id. Furthermore, the court reasoned that the prints “could also be consistent with C.P.C. leaning against the window, as he claimed. Consequently, we must reverse the trial court’s denial of C.P.C.’s motion for dismissal.” Id. As you may have guessed, this isn’t the first time an appellate court has thrown out a conviction based upon fingerprints.

In the case of C.E. v. State, C.E. was convicted of burglary of a conveyance. 665 So. 2d 1097 (Fla. 4th DCA 1996) Basically, a police crime scene van was broken into (not the smartest move, but we’re dealing with a juvenile, and they’re known for a greater level of stupidity than your average criminal). An exterior window of the van had C.E.’s fingerprints on it, and these prints were the only evidence of the juvenile’s guilt. The conviction was overturned, and the C.P.C. court cited the logic of that decision stating that, “since the van was parked in an area accessible to the public and [the van] had been present at other crime scenes prior to the burglary, the court found that the state failed to prove that the juvenile’s fingerprints were made at the time of the crime, as there were other opportunities for the juvenile’s fingerprints to have been placed on the vehicle.” C.P.C., citing C.E. at 1098. Yes, these juvenile abbreviations get a tad confusing, sorry.

The lesson learned here is simple. Scientific evidence is all well and good, but timing is everything. Physical evidence, like DNA and fingerprints, requires some sort of dating evidence before it can be used to convict.