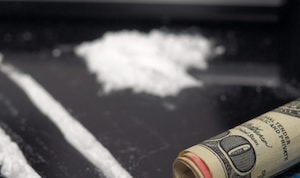 People possess things and have no idea what they’re possessing. If you are accused of drug trafficking via express mail, chances are that your mailman possessed the package full of drugs before you possessed it. Yet, we don’t charge the mailman with a crime. We assume the mailman has no “knowledge” of what’s inside the packages he delivers.

What if your friend asks you to pass some drugs, would you pass them along knowing they are illegal? In Hamilton v. State, that’s exactly what happened. 732 So.2d 493 (Fla 2d DCA 1999) Hamilton was a passenger in his friend’s car, and his friend decided to sell some cocaine to someone in a parking lot. The buyer rolls up, but the buyer’s car is positioned to where Hamilton has to hand them the drugs that Hamilton’s friend is selling.

Hamilton’s friend (driver) hands him a baggie of coke to pass to the buyer. Hamilton gives the baggie to the other vehicle, and the driver of the other car (buyer) then hands Hamilton $60 cash, which Hamilton promptly gives to his friend sitting next to him in the driver’s seat—got that?

This whole thing was an undercover sting, and Hamilton and his friend are both arrested for possession of cocaine and the sale & delivery of cocaine.

Is Hamilton guilty of any of this?

First, it is true that Hamilton had more knowledge than the mailman example above, but I left out something fundamental on a possession charge. I left out two other critical elements called “dominion & control.” To possess something illegal in Florida, you must have knowledge, dominion, and control.

Hamilton was found guilty of possession and delivery of cocaine, but the appeals court threw out his convictions, reasoning that “the mere fact that Hamilton passed the cocaine from one party to another party, where he was sitting between the two, did not establish that he had dominion and control over the cocaine and, therefore, did not support a conviction for possession of cocaine.” id. at 494.

Their decision was based upon the Florida Supreme Court case of Campbell v. State, where it was held that dominion & control is not established when a “defendant takes temporary possession of contraband, in the presence of the owner, for the sole purpose of verification or testing, and there is no other evidence from which dominion or control could be inferred.” 577 So. 2d 932, 935 (Fla. 1991).

Given these facts, let’s dive into a fingerprint case, and see how fingerprints can impact a possession charge.

In the case of Bartolone v. State, Mr. Bartolone appealed his conviction after a jury found him guilty of possession with intent to sell or deliver tetrahydrocannabinols (“THC”) and possession of more than 20 grams of cannabis. 2021 Fla. App. LEXIS 7544 (Fla. 4th DCA 2021).

The police had set up surveillance of a home in which, over many months, Bartolone was seen outside the property many times. Eventually, law enforcement obtained a search warrant, and they conducted a raid of the home with their usual “black raid gear.” Bartolone was present in the driveway when the raid took place, as was one other person. Bartolone did not own this home, and he had no ties to the house other than the fact that surveillance showed him outside the home several times, and second, he had a key to the place. In addition, none of the utilities were in Bartolone’s name.

Inside the home, police found a trafficking amount of cocaine (162 grams) in the living room, 17.31 pounds of weed, and 1,165 packages of cannabis oil cartridges. Bartolone was arrested for trafficking in cocaine, plus the charges listed above, but the prosecutors dropped the trafficking charge before trial.

No drugs were found on Bartolone. He was caught outside the house, in the driveway. Technically speaking, months of surveillance never saw Bartolone inside the home. Furthermore, Bartolone was searched, but nothing was found in his pocket or backpack. Nothing.

So, Bartolone has a key to a house with lots of cocaine and weed inside, but he was never seen inside the house. Is that enough to prove he has dominion and control over everything in the place? No.

So the police dusted the crap out of this house, the kind of dusting you’d typically find on an unsolved murder case. And guess what they found all over the marijuana baggies? Fingerprints–lots of fingerprints.

Bartolone’s fingerprints were found throughout the house on “a box of paraphernalia, a grinder used to grind cannabis into smaller pieces, five separate THC vape cartridges, and a trash bag containing vacuum sealed baggies of cannabis residue. [Bartolone] also possessed a key to the residence.” Id. at 3-4.

But, also, more importantly, they must prove that this was a “substantial possession by the accused, as distinguished from a mere involuntary or superficial possession.” Id.

And this last line is where I have a problem with this court’s decision. They got this one wrong. Bartolone was found guilty because of the fingerprints and the key to the house. Still, those two things do not get the court any further than Hamilton, where Hamilton possessed both the cocaine and the money—yet it was never proven to be a “substantial possession.” Dominion and control were not established.

The same goes for Bartolone’s so-called possession. We don’t know if Bartolone had dominion and control over the things that had his fingerprints. The cocaine in the house did not have his fingerprints (and maybe that’s why they dropped the trafficking in cocaine charge before trial?).

Hamilton had his fingerprints on a baggie of cocaine but was not guilty of possessing it. So why is Bartolone’s case any different?

I guess that possession of the key to the house put this case over the edge, even though months of surveillance never showed Bartolone entering the home. This case should have been thrown out on appeal just like Hamilton or Campbell because the state never proved any sort of substantial possession of these drugs.