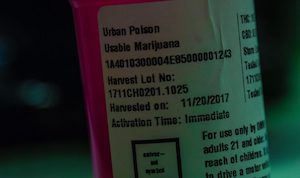 Yes, this day was bound to come. Chalk up a small victory for the little guy. Imagine that Chinese guy standing in front of the tank in Tienanmen Square…. It’s like that.

Florida is the only state out of 50 which has a drug law that does not require a “mens rea” element–in other words–knowledge that a drug is “illegal” is not required under the statute. So, the Federal court in Orlando declared Florida’s state drug laws under section 893.13 unconstitutional, finding that the law should, in fact, require guilty knowledge. The case is Shelton v. Department of Corrections 23 Fla. L. Weekly Fed. D11a (M.D. Fla. July 27, 2011).

The age old example of Florida’s mens rea problem is with the mailman scenario. Under the drug laws of the other sane 49 states, a mailman who unwittingly delivers a package which contains cocaine cannot be found guilty of “Delivery of Cocaine” because the the state would be required to prove that the mailman had “knowledge” of the illicit nature of the contents of the package.

And then there’s Florida. We’re a bit behind on the “constitution”, “rights”, and we don’t require the state to prove guilty knowledge of the nature of the drugs. Thus, under Florida law (specifically 893.13), the mailman can be found guilty of delivery of cocaine without any proof that he knew the contents of the illicit nature of the package he was delivering. Crazy, huh?

In finding Florida’s drug law unconstitutional, Federal Judge Mary Scriven held the following: “On May 13, 2002, the Florida Legislature enacted changes to Florida’s Drug Abuse Prevention and Control law, Fla. Stat. 893.13, as amended by Fla. Stat. 893.101. By this enactment, Florida became the only state in the nation expressly to eliminate mens rea as an element of a drug offense. This case, challenging the constitutionality of that law, was filed following Plaintiff’s conviction for delivery of cocaine without the jury being required to consider his intent in any respect and the subsequent imposition of an eighteen year sentence following his conviction. Upon consideration of all relevant filings, case law, and being otherwise fully advised, the Court GRANTS Petitioner’s request for habeas relief, and finds that Fla. Stat. 893.13 is unconstitutional on it’s face”.

Wow. Can you believe it? Will this affect the State courts? It may be persuasive, but it’s certainly not binding upon any state court. Will this jam up the court system with motions to dismiss? You bet. I’ve got mine drafted and ready to file. I’ll keep you posted on the progress…..