Here in Florida, a shoplifting charge is pretty generic, but it actually breaks down into several different crimes depending on two factors–the price of the goods allegedly stolen, and the prior record of the person accused of the shoplifting. 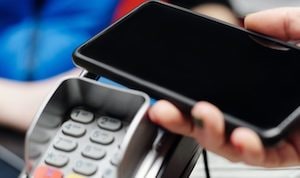 That breaks down even further. So if the shoplifting accusation is for stuff under $100 we call that petit theft a second degree misdemeanor, punishable by up to 60 days in jail, 6 months of probation and a $500 fine.

If the shoplifted goods were valued at over $100, but still under $750 we still call that a petit theft but it is a first degree misdemeanor punishable by up to a year in jail, $1,000 fine, and a year of agonizing probation.

If the goods are over $750, a nice purse, some nice purses will get you over $750, that’s a grand theft charge. That’s a felony, a third degree felony, punishable by up to 5 years prison, $5,000 fine, and 5 years of agonizing probation.

So, put aside the shopliftings that deal with the price of the goods, for a moment. Let’s talk about what shoplifting crimes come out of a prior record.

If your prior record has one theft in there somewhere, could be lurking from 20 years ago from a state 2,000 miles away that will bump up your theft to a 1st degree misdemeanor. I don’t care if it was an 89 cent pack of gum that normally would be a second degree misdemeanor punishable by a max of 60 days jail. Nope. If you have one prior that pack of gum is now punishable by up to one year in jail.

If you have two prior thefts, that pack of gum shoplifting now turns into a felony theft and that is punishable by up to 5 years in prison, a $5,000 fine, and 5 years of agonizing probation. What you want to keep in mind is that this is probably the worst form of shoplifting we have talked about because there is a ‘stupid tax’ on getting caught for the third time.

We have a judge in Orange County that, religiously, throws around two and three years prison for that type of shoplifting.

So, you don’t want that to happen to you. I certainly hope that you get good representation on your shoplifting case. I do wish you luck, take care.