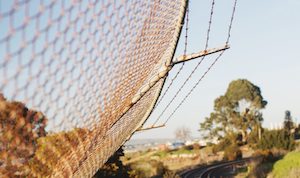 Theft cases can be pretty simple, when it comes to shoplifting. The loss prevention officers claim to observe someone concealing an item, pass the cash registers without paying, and bam!–you’ve got yourself a petit theft charge. But, theft charges are not so clear when they’re between people that actually know each other, and are doing business together.

Many grand theft charges involve folks that know each other. Today’s real life example involves the case of John Capiro v. State of Florida, 97 So.3d 298 (Fla. 4th DCA 2012). Capiro was convicted of grand theft over $100,000. In case you didn’t know, Florida considers that a first degree felony. So, stabbing someone may get you a second degree felony of aggravated battery with a deadly weapon punishable by up to 15 years prison–but stealing over a $100,000 will get you up to 30 years prison. Yea, kind of strange.

Anyway, Capiro’s friends loaned him $250,000 to start a business. But, their written agreement was vague, only requiring interest payments monthly plus a payoff within 3 years. The documents contained no other restrictions on how this money was to be spent, though testimony from the alleged victims indicated that the money was not for personal use, only for business purposes. Eventually, Capiro stopped making his required monthly interest payments. When Capiro told the alleged victims all the money was gone, they sued, also arguing that Capiro used the funds for personal gain. In addition to suing, they contacted the sheriff’s office, and Capiro was charged with grand theft over $100,000.

Now, there are many problems with this situation, probably too many to list here. And, many problems mean many defenses. I’m actually surprised this case didn’t get dismissed prior to trial. It is a rare case that business associates successfully charge one another with a crime, because joint ownership of a business assets often nullifies criminal theft elements. By way of example, I had a criminal mischief charge recently where my client (husband) took a baseball bat to his wife’s windshield so that she couldn’t drive off. My client was arrested for the damage caused to the car, but the charges were dismissed because we proved that my client also had an ownership interest in the car. As such, he was entitled to beat up the car’s windshield. Case dismissed. Same legal principal applies to business associates. When multiple business owners have a right to business assets, how can one be held criminally libel?

So, Capiro’s theft conviction was overturned, but why?

Capiro was never told how he could spend these business funds. Even the documentation supplied to the court failed to mention how the funds should have been spent. As such, Capiro believed he had every right to spend the money personally. Our Florida court system calls this the “good faith” theft defense. The court noted that “Capiro’s entire defense was that he did not have the requisite intent to commit theft because he spent the funds under the good faith belief that he was allowed to do so.” Id. at 300. Because Capiro had a “good faith” theft defense, he was entitled to a jury instruction on that defense. Unfortunately, Capiro’s attorney failed to request a good faith jury instruction. That’s a crucial mistake, as the court found that “a defendant is entitled to instruct the jury on a “good faith” defense if there is any evidence to support the defense”. Id. Because of his defense attorney’s ineffective assistance on this matter, the appeals court overturned the conviction, and is granting him a new trial.

The “good faith” defense is a common issue on theft cases that arise out of a business relationship. As a practical matter, criminal defense attorneys should present a proposed good faith jury instruction to the court prior to trial. As you can see from the Capiro case, failing to request such an instruction will lead to an appeals court labeling you “ineffective”. Ouch.